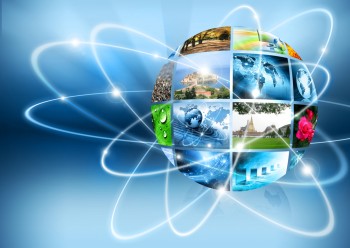 Having trouble connecting traditional advertising practices with new media ventures? Twitter may be the asset that can help. In December 2012, the social media network announced that it had partnered with Nielsen to create the “Nielsen Twitter TV Rating” – an industry-standard metric that’s based on Twitter data and second-screen viewing. The working agreement will provide TV partners with a way to measure the reach of their shows.

As Twitter evolves to find its niche in the social media world, the company edges toward the social TV landscape through partnerships with other industry leaders. To expand upon its recent expansion with Nielsen, Twitter reached a deal with Bluefin Labs, and will now use the company’s products to “create innovative new ad products and consumer experiences” in social TV. The acquisition, which was confirmed late Tuesday, will provide Twitter with tools to measure and connect social media conversations with TV broadcasts. This marks Twitter’s second major purchase in the social TV sector.

Now Twitter has agreed to work with Bluefin Labs

In Twitter’s announcement of its deal with Bluefin Labs, the company’s spokesperson reaffirmed the network’s partnership with Nielsen, saying “on product development and research to help brands, agencies and networks fully understand the combined value of Twitter and TV.” Marketers have long credited Twitter with hosting the highest volume of real-time discussions surrounding live TV broadcasts, despite companies like Bluefin Labs analyzing data from various channels. Bluefin Labs recently commented on its acquisition:

“While our products have always included data from multiple social media services, the reality is that Twitter is the platform where the overwhelming majority – about 95 percent – of public real-time engagement with TV happens. So we couldn’t be more excited to join Twitter.”

Social media marketing, which often receives extensive criticism from traditional advertisers and industry skeptics, will continue to evolve and embed itself in the new media marketplace. Twitter has taken a giant step toward greater acceptance, bringing its link distributing and social marketing prowess together with traditional media’s favorite child – TV. Need help seeing just how powerful of a tool Twitter can be for brands broadcasting commercials via national television? Check out how many ads used hashtags as their calls to action this past Super Bowl.