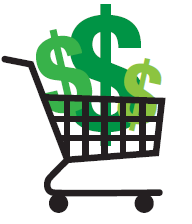 Marketers may soon have new Tweet options that will help them see how Twitter marketing boosts their bottom line. A report from AdAge.com suggests that ecommerce capability may soon be coming to Twitter brand pages, bridging the gap between Tweets and sales to more clearly demonstrate the ultimate value of social media marketing with the microblogging website.

According to the report, Twitter is currently developing a series of new features that will allow businesses using the site to customize their brand pages. Among the potential additions are ecommerce capability, contests and other elements that can lead to direct conversions from a Twitter page.

AdAge suggests that the commerce-friendly components of brand pages will look similar to regular Tweets, appearing within the timeline of any businesses using the site for social media marketing. As these commerce options would likely be given special treatment within timelines, the update stands to be first recognized shift away from the 140-character limit that Twitter has rode to massive success. While users implement video and other visual content, the Tweets, including links, are still held to 140 characters.

Very little is known about the potential feature right now, according to AdAge. However, a roll out later this year is expected.

Brafton recently reported that Twitter’s growth has placed it above the 500 million-user mark, and it’s likely that it will surpass the 1 billion point at some time in the next year and a half.