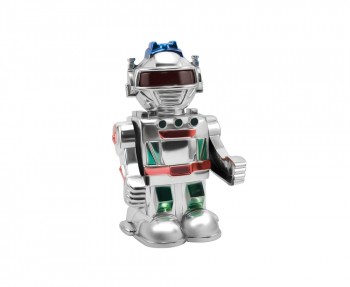 Twitter may be the best social media marketing tool for reaching niche audiences and industry influencers, but engagement metrics from the network might not be telling the whole story. The service’s most recent filing with the Securities and Exchange Commission reveals an unsettling fact: Around 8.5 percent of the channel’s monthly active users (MAU) are actually bots.

For a refresher: MAUs are profiles that Tweet at least once a month. Twitter’s user base is about 974 million, according to Twopcharts, but only about 255 million of them are actively engaged. This pales in comparison to Facebook’s 1 billion-plus usership, yet given how quickly Twitter conversations take place (as well as how dedicated most active users are on the network), it isn’t necessarily a sign of trouble for Twitter.

Bots aren’t as bad you think

Twitter’s user base is about 974 million, according to Twopcharts, but only about 255 million of them are actively engaged.

Yet the news that 8.5 percent (around 23 million) accounts are bots is a bit more unsettling. Twitter actively pursues these “users” whenever possible, but one study found only 31 percent are even caught and shut down by the network. So should brands be worried their social presences are only attracting fake users? In reality, Twitter bots are simply part and parcel to the social marketing experience. They do serve a purpose and can enhance a brand’s profile, to some extent. Some people even actively follow accounts they know to be bots. Here are some reasons why.

Some bots serve as a kind of in-network app for users. For example, @spotibot provides followers with random albums and playlists to listen to. Others offer localized weather reports, news stories and automated quotes that make Twitter feeds more interestings.

There are also some bots set up with the explicit purpose of amusing followers. For instance: @StealthMountain automatically Tweets at people who incorrectly say “sneak peak” when they actually mean “sneak peek.”

Perhaps most importantly to web marketers, bots can enhance online prestige. A group of Brazilian researchers created a fake reporter and gave “her” a Twitter account, @scarina91. By Tweeting recent news and accumulating over 1,000 followers, “she” eventually received a Klout score higher than Bill Gates, Oprah or Justin Bieber.

So the bottom line for marketers is they should beware spammy bots that don’t help achieve niche influence or broad appeal on Twitter. However, bots are part of the social ecosystem now, and marketers shouldn’t go out of their way to eliminate every single one from their lists of followers.