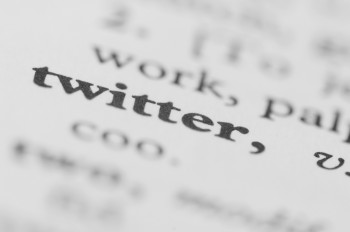 ​The Twitter executives are convinced that commerce will become one of the key benefits to marketing through the platform. While few social media networks have proven to offer compelling ecommerce features, Twitter continues to push forward with new social media marketing features and staff hires. Twitter’s Revenue Chief Adam Bain announced via Tweet the acquisition of former Ticketmaster CEO Nathan Hubbard official, appointing him as the business’ first ​Head of ​C​ommerce.

Hubbard will be tasked with growing Twitter’s revenue through partnerships with retailers and other commerce brands. He brings to Twitter his years of experience managing the Ticketmaster brand, which promotes live events.

It’s unclear the direction Twitter will explore moving forward. In early 2013, the social media network announced a partnership with American Express that allowed users to sync their credit cards to their Twitter handles. More, members could purchase select items using a 140-character Tweet.

However, the microblogging site must further develop its commerce strategy to really see a bottom line impact. It’s unlikely that a significant percentage of site users will feel confident enough in Twitter’s privacy functions to purchase a high-volume of offerings through Tweets or direct messages. Either way, there is a lot to gain by monetizing Twitter marketing campaigns.

In a survey from Market Probe International, 72 percent of respondents indicated they were more likely to purchase products or services from brands they follow on Twitter. After social media marketing teams do most of the leg work to build expansive followings via the site, it’s the​ ​network’s responsibility to establish platforms on which brands can further promote and sell items easily. Until Twitter creates this type of forum, businesses will continue to invest their ad dollars in other proven internet marketing areas.