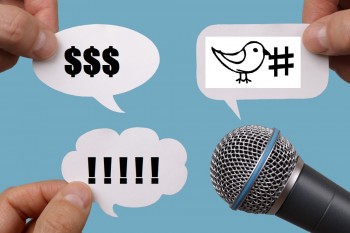 Social marketing is experiencing some growing pains. Networks that once prided themselves on being channels where time, effort and organic growth would increase visibility seem to be changing their tune and encouraging paid strategies. As Brafton reported, diminishing Facebook News Feed visibility is leading some companies to consider a predominantly ad-centric social strategy.

However, this misses the fact that organic social reach still has a place in marketers’ toolboxes. Even Twitter executives feel that way and want to make it clear that brands can still get ahead by posting quality organic social content. While Website Cards might be an eye-catching feature companies should rightly be interested in using, it they generally aren’t the place to start.

In an interview with Marketing Land,  Director of SMB for Twitter, Russ Laraway, had one simple piece of advice for brands that don’t consider themselves industry giants: Start with organic marketing before moving on to paid ads. Companies that run before they can walk end up making poor investments in expensive paid content formats that never reach the correct audience members.

“It’s interesting because a lot of times, small businesses are a little nervous about getting on Twitter because they are worried that they are going to get a lot of negative response. But for small business specifically the users are saying, ‘We actually kind of want to show you support.'”

This is important counsel for content marketing strategists looking to attract customers at scale. Ads can seem spammy, and until an organization has a healthy stable of sustainable and committed followers, it can turn a lot of people away by overdoing social marketing.

The timing of this guidance is important, as an alleged new feature might make it harder to keep track of followers. The Verge recently found evidence Twitter is experimenting with a new muting feature that keeps Tweets from appearing in users? Feeds. It won’t affect an account’s total follower numbers, but it will hinder the reach of social marketing content. Brands need to keep a light touch if they’re going to avoid being muted, should the feature ever go mainstream. And Laraway’s guidance brings up an important point about the advantages of organic content – users aren’t forced to pay attention, whereas paid ads will continue to demand their attention whether or not they’re interested. Therefore, it might be safer to rely on organic as much as possible to avoid being tuned out, or turned down, by customers.