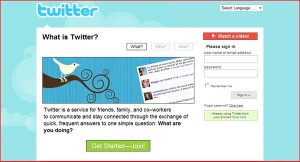 Microblogging website Twitter, which surpassed the 100 million-user mark last month, recently began rolling out adjustments to users’ timelines aimed at making it easier for users to look at shared media without navigating away from Twitter. Although the company hasn’t officially announced the feature, multiple reports reveal that users are seeing it – and this could be good news for marketers hoping to reach more social audiences with their branded content.

Any Tweet that includes a reply will show a link for users to click and view the entire conversation. Previously, users had to navigate to a separate page, which frequently discourages interaction with content.

For marketers, this feature will likely increase the likelihood that followers’ connections will subscribe to their companies’ feeds since users can view the original Tweet shared by friends without going to a separate page.

Additionally, when businesses share pictures or video content, their followers can see the media on the same page.

Social media marketing is mostly about increasing brand exposure and accessibility. With Twitter making these adjustments to its pages, users will be more likely to interact with content.

Another recent development that has positively impacted Twitter’s marketing reach is the launch of iOS 5. Brafton reported that Twitter CEO Dick Costolo said the company gained three times the average new accounts from iPhone users in the days following its release.