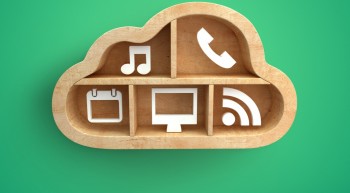 When brands use Twitter to engage with audiences, they want to understand the full breadth of their target markets – not just a few vocal social users’ take on a particular topic. Fortunately, several new tools and features help social media marketing professionals improve their approaches to compiling and evaluating data from Twitter, giving them the resources to create perfect Twitter marketing campaigns. Twitter users always had the option to “star” or “like” a published Tweet from their personal accounts, but the activity has recently become standard practice for members. According Econsultancy’s coverage of data from Twitter employee Isaac Hepworth, favoriting on Twitter has increased over the past 12 months. The Twitter design update that put favoriting front and center makes this an activity with better marketing returns. The network allows members to view Tweets favorited by their friends and shows information about how many people have marked Tweets with the gold star.

More, Hepworth notes that favoriting has increased in a unique way – approximately 30 percent of @replies receive the unique mark from users. This indicates that Twitter members prioritize replies and comments they generate from brands, friends and followers, rather than general updates. Marketers must begin to view favorited Tweets as opportunities for social care – send a quick thank-you Tweet to users and show there’s a person behind the social account.

With Twitter recently announcing it surpassed 200 million monthly active users, alongside rumors of the network filing for a $15 billion IPO in 2014, B2Bs and B2Cs must figure out how Twitter fits into their business models. In the real-time network, it’s important to determine how companies can stay on followers’ radars.

Tweets published by a news source typically stopped generating Retweets or engagement between 10 and 72 hours after being shared.

According to University of Arizona professor Sudha Ram, news stories published to Twitter by 12 of the most influential news organizations die off quickly. Data showed that Tweets published by a news source typically stopped generating Retweets or engagement between 10 and 72 hours after being shared.

Twitter members favorite posts to show they appreciate brand outreach, and regular updates only last up to 72 hours before they fall into an internet black hole, so how can Twitter increase lead generation in a long-lasting manner? Brands must be ever present in their Twitter marketing efforts, showcasing consistent involvement by posting unique links and reaching out to users regularly. Perhaps the most active accounts, with more diverse publications, facilitate higher rates of social chatter and referral traffic, even if the volume of Tweets seems obscene at first glance.