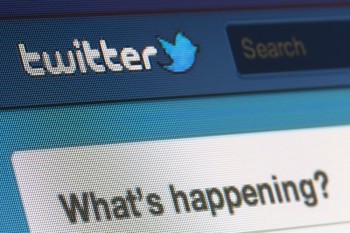 The social media evolution has mostly focused on usability. Facebook’s News Feed, for example, has gone from a list of friends’ recent posts to a highly controlled environment where algorithms determine which Promoted Posts and branded Pages get the most visibility. So it’s fair to say the improved usability has also benefited businesses’ social media marketing efforts.

Sometimes, interface tweaks aren’t quite as clear-cut. When that’s the case, marketers have a tendency to worry their content won’t reach as many prospects and customers as they would like. For example, when Gmail introduced promotional tabs to silo users’ personal messages from commercial mail, some businesses were understandably afraid their content wouldn’t ever be seen. Fortunately, as Brafton reported, users didn’t miss a beat – 46 percent said they still check their promotional email tab at least once a day.

So it’s important not to fret that web marketing efforts are going to be thrown for a loop by Twitter’s latest feature – a new Fave tab, which was recently introduced to a select group of testers. If this function is rolled out on a larger scale, users will be able to “favorite” particular accounts and see Tweets from those users in a separate section. They can also adjust settings to receive notifications when a favorite users has tweeted.

According to an internal study, over half of the people on Twitter follow six brands or more.

This isn’t very different from the list capability Twitter has already provided. However, if companies are nervous the social platform is heading toward a future when promotional information is made separate from regular content, they shouldn’t be. As in the above Gmail example, people who have consciously agreed to interact with a commercial account generally remain loyal and engaged.

Twitter users are particularly interested in following businesses. According to an internal study, over half of the people on Twitter follow six brands or more. Even if there comes a day when social media feeds are divided into personal and commercial silos, there’s no reason to believe people will be less willing to engage with brands and businesses.

That is, at least, as long as there is useful and valuable content to be had. Companies shouldn’t expect to lose traffic or engagement from this potential update – but they should be wary of letting the social posts and blog content become less than inspiring. Pay more attention to the quality of news stories, blogs and videos to truly safeguard against a social media marketing loss.