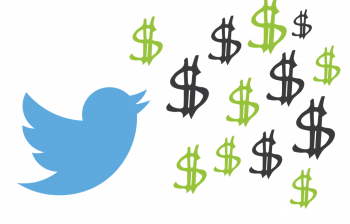 Twitter recently released a new pricing model and measurement suite for ads, and it’s a breath of fresh air. With the new Twitter ads, marketers pay for the user actions that map back to their social media marketing campaign goals.

Previously, marketers using Twitter ads had to pay the network a sum for all user interactions on promoted posts, including clicks, retweets, favorites, etc. But why should advertisers have to pay for favorites when all they want are clicks? Now, marketers only pay when a Twitter user performs an action their campaign was actually trying to provoke.

Here are the user actions that you can now create a social marketing campaign around:

This pricing change breaks the mold of opaque ad spending in social media. On other networks, you might run an ad campaign or boost a post in hopes of generating white paper downloads, only to have your entire ad spend wasted on engagements. Twitter’s new model is transparent – you control and see where and how your money is spent as the campaign is created and runs.

Marketers can still use the same four criteria to target the audiences for these campaigns: Marketers have always upbraided social networks (especially Facebook) for lack of ROI on ad spend. Twitter’s new schema is a upfront way for the micro-blogging platform to prove marketing results. It is an absolute, transparent delivery on a value proposition, which is more that one could say for paid results on other networks.

Moreover, this model encourages a strategic mindset towards content and posting. With these options, it’s much harder to justify the carpet-bombing strategy many brands take on Twitter. Instead, they’ll have to create thoughtful campaigns and engage with their audiences in a meaningful way to succeed on the network.

Interested in learning more about how to make the most out of your paid social investments? Check out our recent video with a breakdown of where to get the biggest bang for your buck on each network.