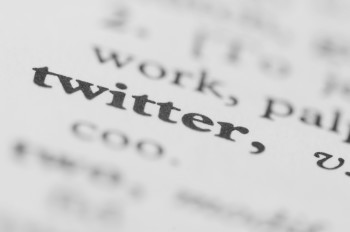 ​In 2007, Google introduced “universal search,” which culled various types of online content from across the web and published ​media​ in one search engine results page (SERP). This marked the first time people could discover photos, news stories, videos and local business listings in one window. Once Google set the precedence, this became standard for all search engines and other industries interested in developing on-site information hubs have set their eyes on universal search technology.

Recently, Twitter announced it was rolling out its own version of universal search results on its website. The changes to Twitter.com align the desktop interface with the current mobile experience. So what’s new with Twitter search? There are three major evolutions in on-site social media content discovery:

Below the new additions of photos and accounts, Twitter.com search results still include Top Tweets. More, users will notice a new drop-down menu when they enter keywords into the on-site search box. Social context will show past queries, accounts followed and suggested profiles.

Twitter’s on-site search additions aren’t the only updates to take place to social search this past week. Brafton reported that the U.S. Patent and Trademark Office recently awarded Google a new patent on a technology that would further connect social media marketing and SEO. The revamped interface would filter social media content and organic web content into one results page, offering users a unified experience meant to further arm consumers with the information they need to make smarter decisions.

With Twitter at the helm of bringing search functions to the forefront of social media, it’s clear the most popular networks have their eyes set on social search marketing, which may be closer to fruition than many had thought.