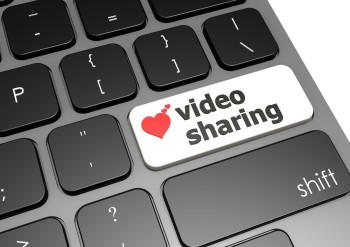 ​Whether a marketer wants to believe it or not, her brand’s online media will reach ‘half life’ at some point. This happens when a published article, social update or video post generates half of its likely interactions and, to be frank, it’s all downhill from there. While media half life is an unavoidable occurrence, marketers with an idea of how long different content formats will last online can tailor their promotional efforts to have maximum effects.

A new study from Unruly looked at the shelf life of video content. The source refers to its findings as the “social diffusion curve,” which shows that videos have a half life much longer than the average Tweet. Unruly noted that the “viral peak” of a video’s launch happens on the second day of publication, generating one out of every 10 shares within that 24-hour span of time. More, approximately 25 percent of a video’s entire shares and engagement will take place in the first three days of being live on the internet, and by three weeks, content will reach 50 percent of its total interactions. Unruly notes that its data highlights the importance of heavily promoting video marketing collateral for the first three days of publication, as the first 72 hours can make or break a campaign.

25 percent of a video’s entire shares and engagement will take place in the first three days of being live on the internet, and by three weeks, content will reach 50 percent of its total interactions.

Of course, video content continues to generate returns even months after its launch. According to Unruly, visual media will receive approximately 66 percent of its total shares in the first three months. Marketers who plan to produce video content to increase website conversions must tailor scripts to compel viewers to respond in a timely manner. Because the virality of visual content generally lasts three months, businesses have a limited amount of time to acquire returns on their investments to fuel future internet marketing campaigns.

Video stays fresh for a relatively long period of time on the fast-paced web. The most recent Bitly data highlights that links distributed via Twitter reach half life at approximately three hours after publication. Businesses trying to promote blog content, infographics or video content on social should repurpose links every three hours to increase engagement.