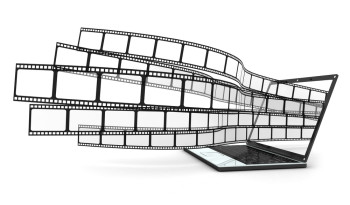 YouTube’s success as a media sharing site is evidenced by just a couple performance indicators. Every minute, users upload 72 hours of video content to the page, and 1 billion unique visitors head to the site every month to watch viral clips, entertaining films and informative spotlights. Internet users have embraced video content in a big way, and marketers have found that creating custom clips and films can reach a growing user population their target audiences.

In March 2013, 182.5 million Americans went online to watch 39.3 billion content videos, according comScore’s Video Metrix data. Brands that had prominent presences on Google Sites like YouTube might have seen strong performance metrics as well because videos on the search engine’s pages accumulated 153.9 million of 182.5 million total unique views during the month. Facebook came in second with 63.8 million unique views in March.

If companies are looking to get more traction for their video content on social sites or in search engine results, they should revisit their script-writing processes to improve their contents’ storytelling capabilities. Brafton recently reported on about data from Unruly Analytics revealed that brand categories earning the most shares focus on creating conversation through visual content to improve video virality.

Entertainment companies came in first for social shares, but they were followed closely by fast-moving consumer goods (FMCG) businesses – both of which increased video shares by 78.2 percent in Q4 2012. It makes sense that entertainment companies like Universal Studios can create content that’s destined for virality, but it may be more challenging for FMCG companies that make products ranging from cookies to digital cameras. Unruly reports that Budweiser’s Brotherhood ad gained widespread fanfare (and users’ clicks and shares) because it told a compelling story that captured viewers’ attention.

Marketers who want to entertain and engage their audiences must recognize that videos are becoming an important part of content marketing success. Learn more about the video content production process and how it can lead to website conversions by checking out Brafton’s recent white paper.