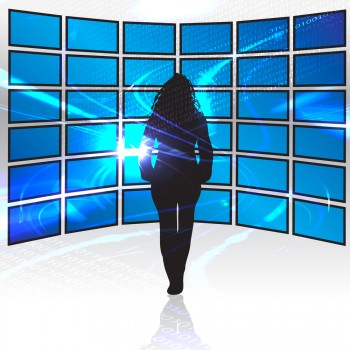 Back in March 2012, eMarketer reported a ValueClick media study that showed 49 percent of U.S. marketers planned to boost video ad spending. The media type, which has accelerated into proliferation, is becoming an essential component to brand building online. As Brafton previously reported, AYTM Market Research data found that more than 90 percent of consumers access video content on the web – 27.5 percent say they watch video every day.

With video media adoption a growing trend, marketers must allocate additional resources to perfect their own video marketing efforts. According to new data from Rhythm NewMedia, the relationship between rich media and video in mobile advertising has grown closer. The demand for rich video media is driven by mobile device penetration, which has grown significantly in the past few months.

Rhythm NewMedia indicates that its own network has seen widespread rich media integration. The source’s latest data showed 43 percent of campaigns in the second and third quarter of 2012 included rich media compared to 12 percent in Q2 and Q3 of 2011. Of those campaigns, 36 percent of media full-page ads used video, and 28 percent of outreach programs used in-banner video. The study also noted that rich full-page ads that included video saw interaction rates increase by 30 percent.

Video content can be a conversion driver when media is positioned effectively and speaks to the right audience. In December 2011, nearly 52 percent of U.S. marketers planned to funnel between 1 percent and 24 percent of their 2012 digital budget on video – up nearly 27 percent from the previous year. This trend can be expected to continue as marketers formulate their game plans for 2013. In a recent report entitled “B2B Content Marketing: 2013 Benchmarks, Budgets and Trends – North America” released by the Content Marketing Institute, 70 percent of B2B marketers embrace video content marketing, which is up 52 percent from the previous year. It’s hard to deny the evolution of video and the level of engagement consumers dedicate to the content type.

As 2013 approaches, marketers must look over their strategies – is there room for video marketing and will it produce significant ROI? With 70 percent of B2B marketers and 90 percent of consumers on board with video, the content type might generate the highest rate of new leads in 2013.