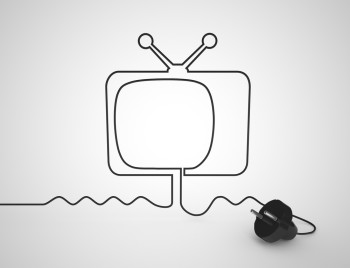 Faced with drastically evolving consumer trends, traditional marketers may not know how they can afford to keep brand messages in front of target audiences. Television is an expensive and competitive space, but the ROI may not be there any longer as people cancel their cable subscriptions and watch shows online instead.

Brafton previously reported that approximately 40 percent of consumers between the ages of 30 and 44 have terminated contracts for cable television in favor of digital video content.

Video marketing may be a solution for two challenges – keeping branded content in front of active audiences and doing it in a cost-effective way. In fact, 75 percent of surveyed B2B professionals find video content is capable of driving the results they want online, according to a recent Brafton article. The top goals they aim to reach with content include lead generation (71.3 percent), thought leadership and market education (49.9 percent), customer acquisition (45.0 percent) and brand awareness (41 percent).

More often, marketing professionals realize they need interactive custom content to capture and keep prospects’ shrinking attention spans. But that’s only half of the battle – the other 50 percent involves getting their collateral in front of target audiences.

The Oklahoma Tourism and Recreation Department (OTRD) recently toppled these stumbling blocks with a video marketing campaign that re-engaged target audiences in an effort to keep the state’s third largest industry in good health. The “Come See For Yourself” Campaign included YouTube TrueView ads that have received nearly 2 million views since published May 10, 2013. Featuring visitors and residents singing the state’s namesake show tune “Oklahoma,” the video teases viewers with a glimpse of natural landscapes, cultural experiences and entertainment that inspires a sense of American adventure. Although, the clip’s compelling imagery and catchy song aren’t the factors that OTRD Executive Director Deby Snodgrass boasts in a recent interview with Search Engine Land about the campaign.

Snodgrass instead touts the success of getting video content in front of people who “DVR their favorite programs and fast-forward through the commercials … [or] simply download the shows they want to see from pay-per-view, Netflix, Apple TV and other digital mediums … [because] it’s a challenge to reach consumers in a technology-driven, multimedia world.”

While working within the constraints of a limited budget – and respecting tax payers’ wallets – the department created a video marketing campaign that resonated with web audiences and also provided measurable performance results.