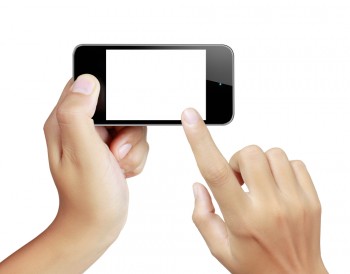 Mobile devices have changed a lot of everyday activities. From communicating with friends and family to checking emails, smartphones and tablets have become imbedded in our society, and new studies reveal that people depend on these technologies more today than ever before.

According to the Interactive Advertising Bureau’s “Mobile Phones Diaries” report, approximately 63 percent of online mobile video viewing happens at home. Perhaps consumers even engage with visual content on their mobile devices while watching television. In fact, IAB discovered that 36 percent of mobile video consumption happens in a room with a second screen such as another computer or a TV. Mobile video viewership also increases during prime-time broadcast hours, which could encourage brands to allocate additional resources to video marketing in 2013. Of course, video content would have to create a cross-platform experience, a task many companies may struggle to complete.

“Digital video marketing has skyrocketed over the past year and is primed to deliver even greater returns on a variety of screen, particularly on mobile phones,” Vice President and General Manager of Mobile MArketing Center of Excellence at IAB Anna Bager said. According to IAB, more than 92 percent of mobile video viewers share the video content they watch, which highlights the main benefit of producing visual media for marketing purposes. Forty-four percent of respondents said that they could easily recall most video ads between 10 to 15 seconds.

According to SundaySky’s “State of Online Video Report,” the average text-only email open rate falls between 11 and 22 percent. However, when brands include video content in their outreach programs, and add “video” to the subject line, open rates increase to approximately 30 percent. When customer emails include personalized visual elements, open rates increase even further to between 40 and 60 percent. Clearly, video media makes people respond in some actionable manner.

Marketers who want to improve consumer engagement, whether through email or with native ads on their websites, must develop video marketing prowess moving forward. Americans prefer to watch media, rather than read long articles, and it may be worthwhile to give the people what they want in 2013.