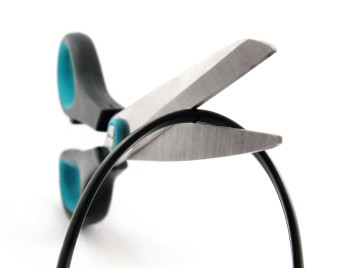 Consumers’ love for internet-enabled devices has turned the marketing and advertising world on its head. Television spots, once coveted for their massive reach, are proving to be less effective compared to video marketing content shared over the ‘net. Brands that adjust their approach to customer engagement can deliver messages on the social channels their target audiences prefer for maximum exposure.

Brafton recently reported that consumers are dedicating up to 40 minutes a day to online video consumption, and other data suggests those minutes are taking away from their TV time. A recent survey from Cowen and Company found that Netflix consumers are gradually converting to solely web-streaming. Over 40 percent of respondents between the ages of 30 and 44 have cut the cord. This age bracket is followed by 29 percent of those between 18 and 29, while consumers between 45 and 60 are more reluctant to make the switch. Just 17 percent rely on the ‘net for all of their entertainment.

Some brands founded in television have already altered their practices to accommodate these users. MTV announced the nominees for the 2013 Video Music Awards’ Video of the Year online through Vine and Instagram video content. This marks the first awards show to announce nominations through shared video content on the web, MTV stated. It’s also an indication that marketers may not have to choose between the popular video sharing platforms, which appeared to be in direct competition after Instagram added video capabilities in June. (Check out this Brafton article to see which network is pulling ahead).

MTV might be among the first major brands to use video clips on the rapidly rising social networks to announce nominations for its offline event, but chances are this will become the norm. In fact, the new Steve Jobs movie trailer was recently released on Instagram as well. Marketers must consider how they can convert their traditional messages into video content if they want to be part of the conversation.