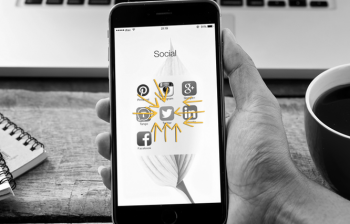 Viewers will have the option to skip the video ads, which are shown before media partners’ videos on Twitter. The ads are targeted, but they will still appear across the entire social network, not just for a brand’s followers.

After an extended period of troubling user stagnation, Twitter is in the midst of making some significant changes to the platform. After unveiling moments and promoted moments last year to ease the barriers of entry to the network, they announced their intention of drastically increasing their character limit to further draw in skeptical users. By increasing their Amplify pre-roll length limit to both 15 and 30 second formats, Twitter intends to further bridge the barriers of entry into content creation on the platform. Twitter’s Amplify program has been showing signs of being more lucrative than Facebook’s sponsored suggested videos. While Facebook has steered away from pre-roll video because many users perceive it to contribute to a poorer user experience, the chances are high that we could see updates in the future.

Similar to YouTube TrueView video ads, Twitter doesn’t charge for any videos skipped before three seconds. This allows for more accurate analytics, and a better reach to qualified traffic.

Making a six-second promotional video is an extremely challenging task. It might have fit Twitter’s fast-scrolling micro culture two years ago, especially with its potential overlap in format with Twitter’s once-dominant micro-vlogging service, Vine.

“Look at the the available online advertising inventory, there’s a lot more 15-second and 30-second spots available. This allows Twitter to scale up more quickly.” – Gareth Capon, CEO of Grabyo

Not only does a 15-second spot offer more wiggle room in production, but guess what other popular mobile social network has a 15-second maximum video length? Twitter’s longer pre-roll videos are a tempting opportunity for repurposing your Instagram content.

The 30–second spot is the most traditional format for video ads, and has been used by major brands for decades on television. Many advertisers already have ads of this length that they have used on television, Youtube or Facebook. and can easily repurpose the content for use on Twitter.