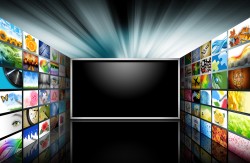 In the United States, advertisers allocated more time and money toward outreach and promotional events in the third quarter of 2012 than in previous months, according to Kantar Media. The source notes that the Summer Olympics and political events contributed $1.8 billion to the overall $34.5 billion put forth by marketers. Overall, brands spent $101.3 billion on advertising in the first nine months of 2012.

As concerns over increases in TV ad spend rises, brands must look at different avenues for which they can leverage their business’ value propositions through visual media, while still reaching an engaged audience. Video marketing is an increasingly prominent tactic used by companies today, and these highly engaging clips can be used in a variety of ways. For example, if video content is featured before YouTube videos or Hulu shows, viewership will increase.

In fact, Hulu may be a point of interest for many marketers, as the company’s revenue grew by 65 percent to approximately $695 million. More, Hulu’s ad partnerships grew by 28 percent in 2012, which could be attributed to the company’s unique payment process. Hulu only charges advertisers when their ads have streamed through completion, according to CEO Jason Kilar. This allows marketers to show higher content ROI, especially with the network’s partners at around 430 organizations, serving 60,000 TV episodes, 2,300 TV series and about 50,000 hours of video through Hulu and Hulu Plus.

Since the online video platform reaches more than 3 million paying subscribers, brands may want to gain a presence on Hulu to engage with its expansive population of users. Allocating time to create custom content to roll before TV episodes on Hulu could increase brand awareness, especially when content is relevant to users. As 2013 approaches, marketers should consider investing in video marketing campaigns, and experimenting with Hulu and YouTube integration.