Hey there – Hannah here with a recap of the top content marketing news from July.

It’s been 10 months since the last Panda refresh, so this update was expected to have a pretty big impact. So far, that’s not been the case. Google said the refresh impacted about 2-3% of queries, so it’s relatively small. But some sites are seeing more or less visitors, so it’s still a good idea to check your organic traffic to see how you’re being affected.

Check out the full history of Google’s Panda algorithm.

This means consumers can click Purchases On Google-enabled ads and they’ll be taken to a page hosted by Google where they can make a purchase. Is this another way Google can take traffic away from your site? Yes. But it’s also an easy way to get shoppers to buy your products free of hassle.

On the social media front, come August 1,  Google announced it will start shutting down Google+ Photos — initially on Android, and soon thereafter on the Web and iOS. Users are being encouraged to switch photos over to the new, stand-alone Google Photos app. Is this another way Google’s letting the dwindling social network slip away gently? It appears that way.

Want even more content marketing updates? Here’s a look at some of the most popular headlines on Brafton.com this month: 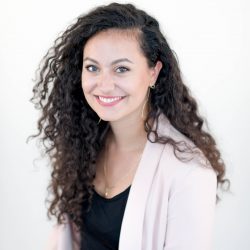