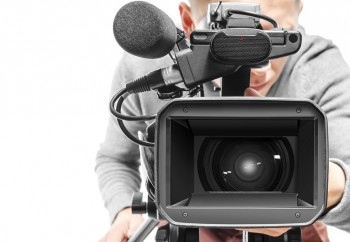 In the past, any kind of video marketing implied high costs, long production times and massive resource investments. Today, the vast majority of people make their own videos and share them online. That’s the takeaway from Animoto’s Video Creation Study, which asked people how often they created their own video productions – and more importantly, how they distributed them.

Facebook is far and away the most popular choice for personal video distribution, with 76 percent of respondents saying they posted self-made videos on Facebook. Email was also a popular choice, with 52 percent, while 50 percent had uploaded something to YouTube.

Homemade videos are good for individuals, but brands should invest in something that  reflects the quality they want customers to associate with their companies. If your goal is to have a short-term promotion that could get shoved to the bottom of news feeds in a matter of minutes, you probably don’t want to invest hours, days or weeks in the production. But if it’s something that’s going to live on your website, you want to get professional videographers on the scene.

As Brafton reported, videos in general will yield higher click-through rates and other kinds of positive signals correlated with engagement and conversions. A highly polished video will certainly appeal to a wider audience, but homemade videos can be intimate and personable – particularly on social media. As Animoto found, users are already accustomed to seeing video content from friends and followers, and there’s no reason brands can’t follow the trend as well.

Simply put, video is more arresting and easier to watch. One client, a records management firm, started publishing how-to videos about issues in its industry. The result was a 52 percent longer average session duration, and total time on page for the video section increased from just over a minute and a half to more than two minutes.

Having high traffic, whether its from organic search or social media, is like owning a lot of money in a rare currency. To make it actually work for your strategy, you need to be able to cash it in – conversions. Video marketing is the ultimate currency exchange, in that it can help keep visitors around and translate traffic into goal completions and revenue.