Where have all the video rich snippets gone? Google streamlines SERPs | Brafton 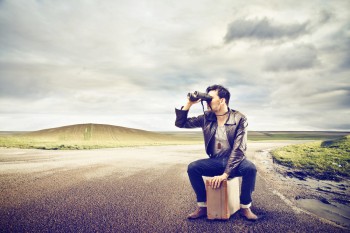 The news that Google was eliminating images from Authorship rich snippets in search results may have seemed like a big blow to content marketing strategies, but it might be one step in a larger process. The search engine is reportedly streamlining its interface, and video rich snippets might be the next to go.

According to research by SEER Interactive, there has been a substantial drop in the number of video snippets showing up in search results. It’s difficult to quantify how often videos appear in search because the number of relevant videos varies from one query to another, but SEER reports it’s been halved. This indicates that marketers can’t just create videos and call it a day. If they’re expecting the video rich snippets to do the heavy lifting for them, they’re mistaken.

Yet Google has been promoting schema markup for some time. If the snippets aren’t going to show thumbnails, why use it? Ultimately, brands should be marking up their content, creating videos and adding textual clues simply to get pages to rank more highly in relevant searches. There may not be a video thumbnail to click, but users will see content that’s going to provide them with the best information.

Cutting down on SERP clutter?

Google has recently made a huge push toward simplifying search results. Besides eliminating Authorship images, the company also removed hyperlink underlines and changed the way it highlights paid search results. So there’s reason to believe this is another attempt to simplify the interface and de-clutter the SERP for mobile users. If content marketers are worried about traffic, they should take heart in the fact that this change isn’t necessarily affecting overall visibility. Research by Wistia found many sites and individual pages aren’t showing up any less often in search results – it’s just the video preview thumbnail that’s less likely to appear. So producing video marketing content is still a great way to get an SEO boost – they just need to entice clicks with great headlines and information, rather than thumbnails.

One tangible downside to this development is that Google does seem to be favoring YouTube over other video hosting domains. Per SEOlytics data, YouTube’s ownership of Google SERP rich snippet real estate grew from 46.7 percent to 74.8 percent. It seems the search engine is favoring its proprietary video service. Creating video is still a valuable practice, but there are clearly benefits to engaging with YouTube’s dedicated audience for an SEO edge.