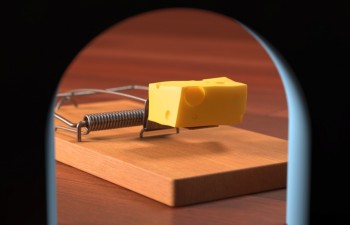 Promoted content can be a powerful tool for brands that want to beef up their web marketing. A small investment can drive additional traffic to content that’s already successful on social media. But is it the magic potion some companies believe it to be? Recent research indicates maybe not, because the results are short-lived.

In an interview with Mashable, inPowered CEO Peyman Nilforoush revealed some of his company’s findings regarding what is and is not clickbait. In short, 33 percent of users who click on promoted content leave in under 15 seconds. Additionally, less than one-quarter of all traffic from promoted posts actually scrolls down further on landing pages.

What does this say about paying to promote content? Companies aren’t always getting qualified visits from their paid efforts. The most important takeaway is brands can’t just assume a promoted Facebook post or Tweet will yield worthwhile results. After all – web marketing is no longer about visibility automatically leading to clicks and engagement. Rather, brands need to understand skeptical users don’t mind clicking, but they will instantly bounce away unless a landing page captures their attention.

Marketers need to ask themselves a few important questions before they embrace promoting posts:

Just because a post is promoted doesn’t mean it’s magically appealing. Marketers might assume less successful content should benefit from promotion. But actually, if a resource was performing well in terms of engagement, it’s a good idea to boost its visibility knowing a new audience will respond favorably.

Part of the reason promoted posts fail to resonate as Mashable outlined is because the people they’re being delivered to don’t want to see them in the first place. It doesn’t do a brand any good to promote engaging and interesting content to an unrelated group of users.

3. Are the posts lined up in the sales funnel?

One of the most difficult parts of designing good user experience is getting the sales funnel in order. By using calls to action and clear navigable pathways, brands can demonstrate where visitors should go to learn more or get in touch. A promoted post that isn’t seamlessly integrated into this pattern will leave valuable leads behind.

Embracing a strategy of promoted posts is usually not an enterprise that can break an entire business’ budget. After all – most companies pay per click, and more traffic is usually the desired outcome. The trouble comes when this extra traffic goes to waste because posts aren’t targeted properly and don’t cash in on additional visits. Paid efforts might be good for immediate wins, but for a more targeted long-term strategy, you should use organic efforts too.