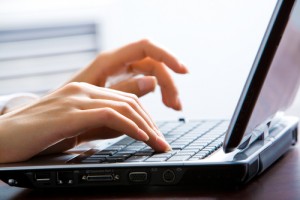 Following up strong ecommerce performances on both Black Friday and Cyber Monday, ecommerce retailers reported $6 billion in sales during Cyber Week, between the days of November 28 and December 2, a report from market research firm comScore said.

During the week, ecommerce spending surpassed the $1 billion mark on three separate days, including the record-breaking $1.25 billion generated on Cyber Monday itself. An increasing number of Americans have become frequent ecommerce shoppers, as the technology allows them to bypass the rush associated with holiday shopping. As such, comScore expects the record-breaking sales to continue throughout the month.

Since the beginning of November, which comScore considers the start of the holiday shopping season, more than $18 billion have been spent online – a 15 percent increase from the same time period last year. Marketers can leverage this increased spending and interest in ecommerce with strong integrated marketing campaigns using both social and content marketing.

Brafton reported earlier this year that the average shopper visits more than 10 websites before deciding upon a purchase online. Websites with compelling content that inform users without being overly promotional are more likely to see increased sales from their web campaigns.

“Tuesday and Wednesday followed with billion dollar spending days, helping Cyber Week reach a record weekly total of nearly $6 billion in spending,” comScore chairman Gian Fulgoni said in a release. “As the deals from this week expire, it will be important to see the degree to which consumers return to the same retailers to continue their holiday shopping.”

Perhaps the most interesting day this year has been Black Friday. While people throughout the U.S. raced to stores throughout the night, others opted to stay in and spent more than $800 million on holiday deals from their computers, Brafton reported.