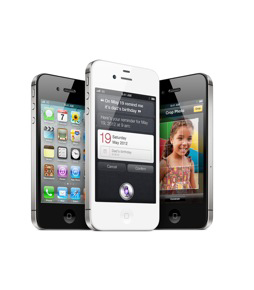 With the iPhone and iPad serving as the most popular devices in the smartphone and tablet market, the growth of iOS and web traffic from these devices was to be expected. Web market share from iOS has surpassed traffic from desktop and laptop Mac computers, according to research from Chitika.

As of August 2011, Mac OS accounts for just less than 10 percent of web traffic in the U.S. At that point, iOS web traffic was about 5.7 percent. Six months later, Mac OS web traffic has dropped to about 7.8 percent of the market, while iOS users now account for about 8.2 percent of online traffic.

The growing use of the mobile web should motivate marketers to ensure that their content and websites as a whole are optimized for access on all smartphones and tablets.

Other trends on the web point to increased use of mobile devices to access internet content. Brafton reported last week that more than 40 percent of searches during the Super Bowl came from mobile devices. While this was certainly a stark uptick from usual mobile browsing, Google said that mobile search accounted for about 25 percent of queries prior to the start of the game.

In terms of mobile operating systems, Google has recently launched some tools that will help web marketers provide better content to on-the-go audiences.

A new tool within Google AdWords allows marketers to tailor specific PPC ads to users of different mobile operating systems. For example, multimedia content best suited for iOS can be set to reach iPhone and iPad users, while content optimized for Android can be designated as such. Additionally, Google’s new Android search application functions more like desktop search, so mobile SERPs display results similar to those they’d see on their desktop or laptop.