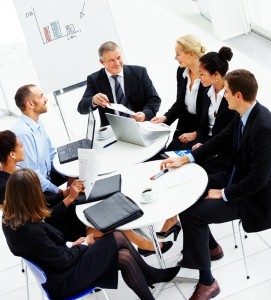 Marketing is a competitive game – everyone wants to be the first in a new space and corner the market. But Steven Berlin Johnson, author and cofounder of the web’s first location-based service – Outside.in – suggests sharing ideas and looking beyond the ad industry for inspiration can foster winning innovation in marketing. He points to one man in a coffee shop and the launch of a newfangled thing – the world wide web – as an example.

Johnson throws out the notion of the flash, stroke of genius or epiphany. He says it’s misleading because it makes it seem that an idea occurs in an instant, whereas innovation is really a network. It accumulates and builds. He calls it the “slow hunch” that lingers in the mind before it happens.

Take, for instance, British engineer Tim Berners-Lee who spent a lot of time in coffee shops talking to friends who worked in other fields. After meeting with them, he would often feel inspired to go home and work on his ‘hobby.’ Berners-Lee’s “hobby” ultimately resulted in his invention of the web, and he effectively changed the world of communication.

Notably, Berners-Lee didn’t patent his web – he wanted others to bring their own skill sets to the table to build on it. The internet is a huge wealth creator, and this is precisely because it is open for people to add to it.

Diverse perspective, Johnson says, is key to innovation. He encourages marketers to follow people on Twitter outside of the ad industry in order to gain a broader perspective of what’s happening in culture. It was through following Google Maps developments and connecting with bloggers – all while pursuing his historian work on Victorian neighborhoods – that he gradually formed the idea for Outside.in, the first location-based service on the web.

“Recognize the value of sharing ideas” he says. Closing off a platform will result in an “innovation tax” where other new ideas won’t be able to build.

With this in mind he also shares some of his own ideas about how marketers should use the geosocial channel to better their brands. He says advertisers shouldn’t underestimate the value of micro-locations (on a block by block basis). Look for platforms where you can put a business’ exact street corner on consumers’ radar to really increase foot traffic, he suggests.

Marketers interested in creating innovative geosocial campaigns have a plethora of platforms to choose from – with Facebook joining the game with its new Deals announcement and emerging platforms such as Whrrl generating buzz at ad:tech New York 2010.

How to convert HTTP to HTTPS: A quick guide [Infographic]