What social marketing strategies do B2Bs use? What about B2Cs? [data] | Brafton 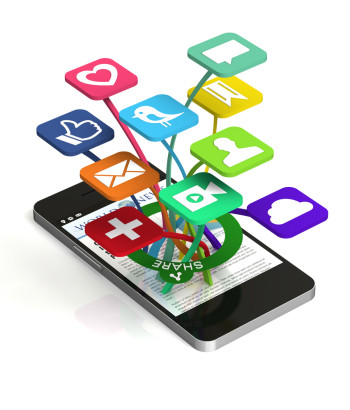 Social content has become a linchpin for B2B and B2C marketing success. Nearly all (97 percent) of marketers have already integrated social media into their content marketing strategies, and 86 percent say their efforts are important to their businesses, according to the 2013 Social Media Marketing Industry Report from Social Media Examiner.

When social media first hit the scene, critics might have not believed it was worthwhile to market on free networks. That perception is changing as more participants recognize that promotional efforts on Facebook and Twitter impact their bottom lines.

Brafton recently covered the “Key to Successful Social Advertising” report, which found that more businesses publish their own custom content on social networks, but 69 percent who use paid social advertisers are happy with the results.

Social media participation helps 89 percent of marketers increase brand exposure. Higher site traffic was the second biggest benefit, according to respondents, with 75 percent stating their social content caused a lift in visitors to their websites.

75 percent of marketers say their social content caused a lift in visitors to their websites.

The findings go beyond the surface level, revealing that brands did not see these results overnight. Marketers who were using social media actively (for more years, or more hours each week) saw significant benefits, while newcomers were waiting to see outcomes as impressive.

While B2B and B2C marketers are both seeing end-results, the study found they take different routes to achieve their objectives.

B2Bs take a more balanced approach to their social media campaigns, with an even split (29 percent) using LinkedIn and Facbeook. More than 15 percent are on Twitter, while 4 percent use YouTube, 3 percent participate on Google+ and none spend time on Pinterest.

As the social scene continues to develop, B2B and B2C brands may find they need to build new presences on networks that are gaining steam. To flesh out fresh accounts, marketers can repurpose online content that was created for their websites and other social sites.