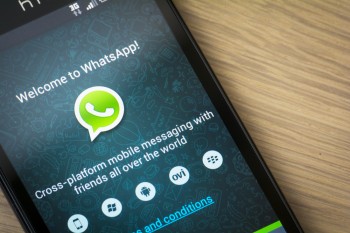 In February 2014, Brafton reported on Facebook’s purchase of mobile messaging service WhatsApp for $19 billion. At the time, the transaction was something of a surprise – particularly in the social marketing industry. It wasn’t entirely clear what Facebook wanted with it. Some speculated this was a play for a more youthful user base, while others saw the transaction as Facebook mitigating a competitive threat. With a daily user base of over 1.2 billion worldwide,  there is potential for WhatsApp to usurp Facebook as a communication platform.

Since then, WhatsApp’s dealings have been relatively quiet. Facebook claimed it was not interested in meddling with the service’s operations, and that seems to be true. However, there’s mounting evidence WhatsApp, intentionally or not, is becoming a viable tool for sharing content – and marketers should take notice.

Shares that cut right to the chase

According to a study by DigiDay, WhatsApp sharing buttons have been successfully implemented on a number of content channels. Specifically, USA Today’s FTW sports blog has seen encouraging, if unspectacular, results from WhatsApp integration.

While its email and Facebook share buttons have accounted for the most clicks (35 percent and 34 percent respectively), WhatsApp has actually beat Twitter (13 percent) with 18 percent of the blog’s shares. This evidence illustrates there is indeed a desire for WhatsApp functionality among some users, and brands might want to consider adding the service’s button to their selection of instant content sharing tools.

Be choosy with media delivery streams

Of course, WhatsApp is simply one of many web channels, and it’s only as good as its user base. This service is particularly renowned for its youth and international demographics, so it might not make as much sense to market just any vertical, such as reverse mortgages, with WhatsApp. Every brand has idiosyncrasies that make particular networks better suited to adoption: The legal industry appears to do well on Google+, ecommerce thrives on Facebook and tech companies seemingly dominate Twitter.

Integration with WhatsApp may be a gamble because it would require an investment in a new strategy, but the risk is less when the service aligns with a company’s content marketing goals. Brands that carefully consider what their users read, where they get their media and how they share it with one another will see tremendous success no matter where they devote time and resources.