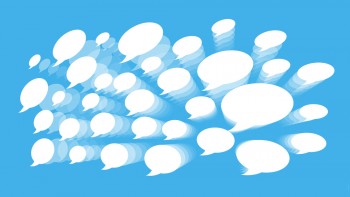 Social media phenom Twitter blew out the competition in last night’s Super Bowl, claiming the lion’s share of National TV calls to action in broadcast commercials. MarketingLand’s Matt McGee conducted a study to determine how often social media networks were incorporated into major marketing campaigns. He counted nationally sold commercials and ignored the clips aired by local affiliate stations and self-promotional ads shown by the NFL, CBS or Pepsi during the halftime show.

According to McGee’s count, 26 of 52 national TV commercials mentioned Twitter – approximately 50 percent of the spots aired on CBS. Facebook, the world’s largest network, only garnered four mentions (8 percent) and Google+, which recently claimed the title as the second largest social hub in the world, didn’t receive a single mention throughout the night. Heck, even YouTube and Instagram generated at least one mention, casting doubt on Google+’s relevance in the marketing world. In the 2012 Super Bowl, Twitter and Facebook both generated eight mentions out of 59 clips. This indicates that not only has social media marketing taken a greater role in lead generation via broadcast television, but that Twitter continues to prove itself as an invaluable B2C resource. The jump Twitter made from eight mentions to 26 equates to a growth of more than 300 percent year-over-year, while Facebook saw a 50 percent decline when compared to the previous year. Google+ was shut out for the second straight year.

The impact Twitter had on Super Bowl Sunday marketing shows that brands believe the social network can generate premium leads. This comes despite a recent Wall Street Journal study suggesting that only 3 percent of small-to medium-sized businesses think Twitter deserves much attention in the professional world. However, McGee’s data isn’t the first insight showing the value of Twitter as a second-screen influencer.

The Super Bowl is just another example of how Twitter has embedded itself into daily life, acting as the go-to, real-time news source and marketing channel for today’s most connected people and brands.