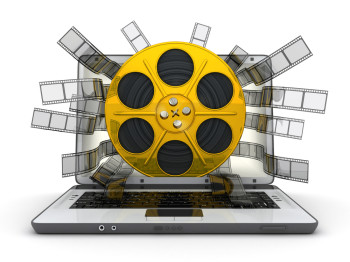 Marketers have started to accept that the days of TV’s unchallenged dominance might be coming to an end and are now looking to video content as a viable alternative. While network channels haven’t yet gone the way of ill-fated newspapers and magazines, there is a growing body of evidence pointing toward television’s weakening hold on consumers. “Zero-TV Households.” There are now 5 million residences in the United States that don’t subscribe to TV programming on traditional platforms. Don’t think these individuals are missing out on their favorite programs or evading ads completely – 67 percent get their content from streaming services like YouTube, Netflix and Hulu.

Brands are tuning in

“Getting broadcast programming on all the gizmos and gadgets – like tablets, the back seats of cars, and laptops – is hugely important,” said Dennis Wharton, a spokesman for the National Association of Broadcasters.

However, broadcast channels aren’t the only ones under pressure to reach audiences on the right devices and websites. Brafton recently reported that brands must also be proactive about Americans’ evolving entertainment habits. Marketers who create engaging video content for new paid YouTube

Channels can get their messages in front of the right audiences for maximum reach. The benefits are twofold – companies generate better brand awareness and they drive traffic back to their homepages.

Brands can no longer afford to ignore online video content.

Larger brands are already on top of this content marketing strategy. Old Spice launched a video content campaign on YouTube to promote its newest shaving products. Focusing on web videos has proven successful for the brand so far. Two of Old Spice’s video ads earned prime positions in YouTube’s top-10 list in April 2013, which rounded up ad spots that viewers watched most.

Brands can no longer afford to ignore online video content. Consumers are firing up their tablets to watch programs at home and sharing popular clips over social networks. If marketers don’t build video into their strategies, they will miss out on opportunities to spark engagement and build awareness.