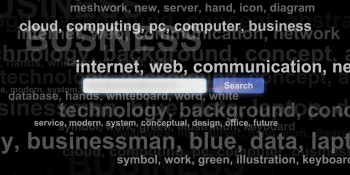 ​Search engines have become informational portals that benefit the average user​ ​as well as brands that appear in popular search engine results pages. Most understand the value of SEO and how it plays into the broader content marketing picture, but July 2013 comScore data shows search will continue to grow in importance moving forward.

In this month’s comScore qSearch reports, overall queries climbed to more than 19.3 billion – up 1 percent month-over-month. While the uptick reflects only moderate growth overall, it highlights the fact that search remains a dominant source in product discovery. Brands that leverage popular engines like Google and Bing pre- and post-product launch will see their custom content reach wider audiences, impacting their bottom lines directly.

In fact, since 2012 Google’s market share has remained consistent, hovering between 66.8 percent and 67 percent. More, Microsoft’s Bing has​ ​increased its influence on American consumers, and it reaches 2 percent more people in 2013 than in the previous year. Other engines like Ask and AOL lost market share between June 2013 and July 2013, as well as year-over-year. As more users engage with the two leaders in the industry, subsequent engines will continue to fade away.

Of course, there is always data to suggest trends aren’t as widespread as many may think. Brafton recently reported on Chitika data that shows other search engines may dominate more of the search market in rural regions of the United States than the country’s average. According to the source, 50 to 60 percent of Southeast, Midwest and Ohio River Valley residents prefer Google over other engines. This suggests that sites like Bing, AOL and Ask may reach wider audiences and still hold value for content marketing teams. Companies looking to maximize their content ROI should look closer at analytics to understand if comScore reports tell the whole story.