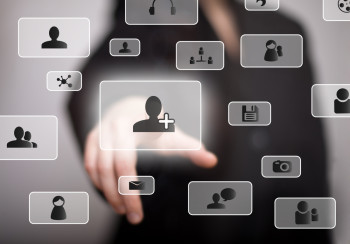 ​LinkedIn may serve 200 million monthly users, but few brands can say their social media content reaches more than half of the site’s members. In fact, LinkedIn has only one company with a million followers: Hewlett-Packard.

HP announced its accomplishment on its LinkedIn Page, and the social media network followed up with its own announcement and a detailed infographic on how and why HP uses the network. LinkedIn explains that HP benefitted from the site’s follow button, which came out last year. The feature lets companies promote their Pages similarly to how they tout their Facebook and Twitter accounts. According to LinkedIn, HP also used Follow Ads to attract about 300,000 followers over two months.

“LinkedIn has been critical for HP in successfully reaching and building relationships with our community of customers, partners and prospective employees. Our 1 million followers are connected to over 43 million people on LinkedIn, roughly one-quarter of the entire LinkedIn population,” says Natalie Malaszenko, Vice President of Digital Marketing for HP.

LinkedIn’s infographic explains why follower count matters on LinkedIn. A growing a fan base that doesn’t convert or promote the brand via word-of-mouth marketing won’t help HP in the long run, but LinkedIn noted that HP’s followers are 2.5 times more likely to recommend HP to their colleagues and 1.5 times more likely to consider buying HP products before any other related brand. More, HP’s 1 million followers have the power to amplify HP’s custom content to 138 million connections. This means that HP customers are willingly sharing the brand’s posts with their own networks, and by default, HP benefits.