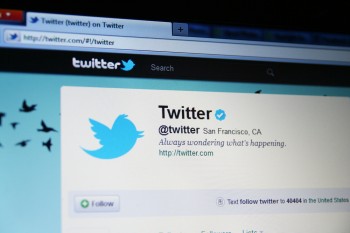 One of the biggest barriers to Twitter marketing may be how different it is from other social networks. As Brafton has reported, there are plenty of ways to reach customers and increase engagement, but many novices don’t understand all of the service’s features. To supplement the 140 characters in a post, people can use hashtags, retweets, direct messages and link shorteners to make their messages more complete.

@nother one bites the dust

Another frequently misunderstood feature is the @reply. Basically, Twitter users can address each other directly by starting their messages with “@” and the recipient’s username. This practice was born out of the early days of Twitter, when the interface was much simpler. Workarounds for other messaging options had to be developed, like putting a period before the @ symbol so a reply would be visible to the messenger’s followers, and not just the person receiving it.

If this sounds complicated, you might be on the same page as Twitter. A recently leaked alpha version of Twitter for Android indicates @replies may soon be no more. While traditionalists and purists are crying foul, this switch could make social media marketing on Twitter even easier.

If Twitter does away with the @reply, marketers (and users at large) would have a more direct way of Tweeting at someone. As it stands now, many Twitter die-hards download TweetDeck or other add-ons to manage their accounts – or multiple accounts, if the case me be-  and keep up with tons of followers and real-time replies. Streamlined interfaces are invitations for marketers to share their content and increase engagement with customers, and Twitter may be headed in that direction.

Additionally, it’s important to remember that the easier Twitter is to use, the more potential leads and prospects businesses can find on the platform. In many ways, Twitter is an exclusive network populated by influencers content marketing is intended to reach, as Brafton reported. When there is a lower barrier to entry for the service, companies can reach users directly, rather than trying to get their content disseminated by popular feeds.

Ultimately, marketers should be glad to hear about any simplifications to social media services,  whether that means LinkedIn influencer posts are open to more content creators or Facebook algorithms have been tweaked. These are opportunities to reach more people and increase content’s reach.

Want to learn more? Check out these related Brafton stories: