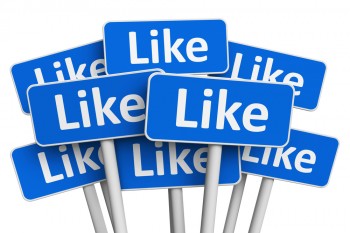 The proliferation of social media has reached a proverbial wall – brands understand why they need active accounts, but they don’t know how to generate returns from their efforts. For many critics, social media marketing doesn’t offer much value beyond its ability to create web communities chock-full of online fans. But how do these followers translate into active customers? A new Twitter development could make the answer more clear for tweeting companies.

Twitter recently announced a new partnership with American Express. The two companies will provide Twitter users with the chance to purchase products straight from Tweets in their newsfeeds. Members can set up accounts on the AMEX Sync website to opt-in to the service.

Twitter’s social commerce development could be good news for brands, especially since the network generates high traffic among active consumer. Many social users arguably have a commercial focus: As Brafton reported, 70 percent of Pinterest users say they turn to the network for inspiration on what to buy – 17 percent say the same thing for Facebook. While this data speaks highly of Pinterest marketing, the network’s user base pales in comparison to other major platforms, and companies that spend more time on Facebook and Twitter don’t have the resource to transition their efforts to another service.

Twitter’s announcement shows the demand for social e-commerce features on major networks has not gone ignored by today’s biggest platforms.

American Express customers can connect their credit cards to their Twitter accounts to purchase a set of products like Kindle Fires.

As the Wall Street Journal reported, American Express customers can connect their credit cards to their Twitter accounts to purchase a set of products like Kindle Fires. While still early on in its working relationship with Twitter’s partnership with American Express is still new, the e-commerce system opens up new revenue streams for Twitter beyond its straightforward ad options. The program will roll out in the United States in the next few days, the news source reports.

Facebook has also advanced its advertising options by introducing new analytics tools and its Facebook Card, which results-focused marketers may Like. These additions help brands create complex social media strategies that extend beyond brand awareness and allow companies to calculate exact sales from their networks. Social commerce could be on the cusp of an evolution, as networks understand they must provide marketers with reasons to remain persistent in cultivating relationships with leads through sites like Facebook and Twitter.