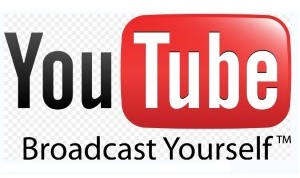 Last year, Brafton reported that YouTube was coming out with skippable TrueView ads, which allow users to select the ads most relevant to them and skip ads after five seconds. YouTube recently spoke with ClickZ about these pay-per-view ads, indicating ads often engage viewers, and this might be taken as evidence that relevant content counts.

YouTube is really investing in the idea that users will want to watch video ad content that is relevant to them. Advertisers only have to pay per view when a video ad is watched for 30 seconds or until completion.

Phil Farhi, a YouTube product manager, is quoted by ClickZ as saying, “Skippable ads that pay only on engagement are new for us. We're moving from a cost per impression to a cost per view model and it’s a big shift. It signals that the ad is relevant.”

GoPro, a camera company that served as one of YouTube's first TrueView advertisers, says its ads are generally well-received by viewers on Google's video site. He told the source that more than one-third (35 percent) of GoPro's TrueView ads are watched to completion. The longer consumers remain engaged with branded content, the more likely they are to convert.