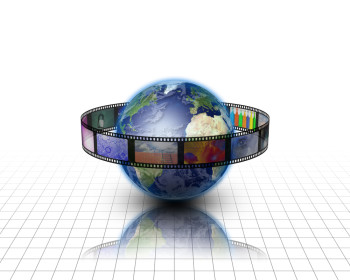 ​When you take a step back, the internet is a pretty ridiculous place. All the content circulating through the interwebs can make America seem pretty small. As if that existential thought wasn’t enough, YouTube’s Vice President, Global Head of Content Partnerships Robert Kyncl published a blog post, noting that people view more than 6 billion hours of video each month on the video-streaming site. That’s an hour for each Earthling and 50 percent more video content this year than last.

ClickZ’s Greg Jarboe puts it more eloquently: “Now, imagine ​[​if] one of our ancestors 684,931.5 years ago…started watching funny saber-toothed cat videos around the clock, then a 6-billion-hour-long YouTube marathon would last from way back then until the wee hours of [May 6, 2013].”

Approximately 80 percent of Gen C is made up of Millennials, and these people influence more than $500 billion in annual consumer spend in the U.S. alone.

​​Video marketing through YouTube opens a lot of doors for businesses across the world, and the most active demographic on the site embraces visual media across multiple devices. According to Kyncl, Generation C is a powerful new force in spending, and the group uses YouTube more frequently than any other age bracket. Approximately 80 percent of Gen C is made up of Millennials, and these people influence more than $500 billion in annual consumer spend in the U.S. alone.

More, Kyncl highlights a culture shift taking place: Nielsen has concluded that YouTube reaches more U.S. adults ages 18 to 34 than any cable TV network. This suggests that broadcast television could mirror the devolution of radio and print in the near future, supporting rumors that YouTube could enter the premium video content space within months. It’s clear that the video-sharing site is a prime channel for content marketing to thrive, but so many brands continue to overlook YouTube’s social video content capabilities. Eventually all content marketing strategies will include visual media – companies just need to decide if they want to trailblaze the frontier or play catch up when their competitors threaten to put them out of business next year.