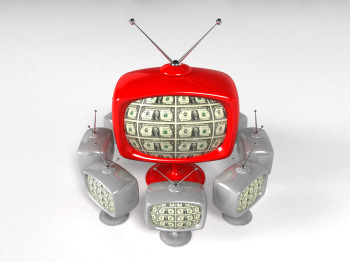 ​Businesses are at a fork in the road – they can either become early adopters of content-driven digital advertising or wait for full maturation. While each avenue has its own benefit, a new study from the Interactive Advertising Bureau suggests that moving TV ad dollars to digital channels can increase reach and lower overall costs. According to data from the IAB, reallocating 15 percent of a brand’s TV spending dollars to digital ads has the potential to increase the reach of consumer-packaged goods (CPG) by more than 3 percent in some demographics. Additionally, the study noted that reach grew by more than 6 percent for non-CPG categories.

More, the IAB found that TV-only campaigns for ​consumer-packaged goods reached more than 61 percent of consumers aged 18 and older, and the same type of promotional efforts for non-CPGs engaged around 48 percent of the same demographic. The study delved into what changes could be expected when a percentage of marketing spend went toward web initiatives rather than offline efforts. The source saw ​consumer-packaged goods reach increase 3 percent and non-CPG reach improve by 15 percent.

While the IAB’s data may inspire more marketers to invest in web content, finding the channel with the widest reach and highest ROI remains a challenge – unless you consider the findings of Ooyala’s latest study. According to the source, approximately 1.5 billion people will engage video content online by 2016. The source discovered that ​​the branded content viewer base grew 91 percent in the fourth quarter of 2012, with mobile leading the charge.

“The data we provide in this report, and direct to our customers, is critical to understanding how consumers are engaging with video online. These insights help our customers deliver more engaging, personalized video experiences, and as a result, make more money from online video,” CEO of Ooyala Jay Fulcher said in a statement.

Business owners who realize that digital advertising and marketing will provide the greatest long-term ROI, but haven’t discovered the ideal channel to reach new markets, may want to invest in video marketing. With Americans hungry for more interactive content, visual media could drive significantly more revenue for brands across all industries, not just CPGs. While a lot of technology insiders speak of streaming television shows as the future of online video, there’s enough room for video marketing to take off, and many big brands have already seen success through transitioning their efforts to YouTube and beyond.