"Type is saying things to us all the time. Typefaces express a mood, an atmosphere. They give words a certain coloring." – Rick Poynor, Helvetica (2007)

I recently stumbled across a blog article from ProPublica titled "How typography can save your life" (I highly recommend bookmarking this for later) by Lena Groeger. In the piece,she provided commentary on the recent announcement from the National Weather Service stating that the much maligned ALL CAPS announcements will soon be a thing of the past. She analyzed the impact of using all caps typeface and how typography choices can have a larger impact on the message that you're delivering.

Naturally, as a marketer, the first thing that I thought after reading this piece was "how can this idea apply to what I do in my job?" That set me off on a task to learn more about the subtle nuances of typography and the psychology behind how we process this information. What I found made it clear that the look of website content has a greater impact on the message that you're trying to deliver to your target audience than I imagined.

Surprisingly, the extent to which typography influences our lives seems to get largely overlooked. Words are everywhere – they fuel what we do as a society, and the way in which information is presented to us impacts the greater message and meaning. Take the following scenario, for example, to demonstrate why the NWS decided to forego future all caps messages:

If my roommate sends me a text message saying: "YOU DIDN'T TAKE OUT THE GARBAGE, DID YOU?"

My first thought would be: "Uh oh – they're angry with me, better think of a way to make this up to them."

Conversely, if they said: "You didn't take out the garbage, did you?"

I would think: "Uh oh – what did they accidentally throw away that shouldn't have gone out in the garbage?"

Two contrasting meanings can be found in the exact same sentence, all from changing the letter case. As the bitter, stereotyped sitcom spouse would say after a petty argument, "it's not what you said, it's how you said it." This statement actually has more application to the marketing world than you might think.

The psychology of good typography

In a two-part study conducted by Dr. Kevin Larson of Microsoft and Dr. Rosalind Picard of MIT, participants were asked to read examples of either "good" or "bad" typography. The researchers used three measurements to draw conclusions regarding the effect that typography has on cognitive function – relative subjective duration, a Likert scale questionnaire and a cognitive function test.

In this study, Larson and Picard used typography to determine what factors produce an elevated mood in participants. Results showed that those who were exposed to "good typography," including elements such as letter spacing, font width and page layout, perceived the time they were reading to be shorter and were able to solve cognitive puzzles quicker.

For marketers, this is an important tidbit of information that shouldn't go overlooked. When text is presented in a favorable manner, users are more likely to get so engaged with content that they lose track of time (time flies when you're having fun) and likely will see positive reciprocal brain function.

What considerations do marketers need to make when choosing a typeface? Without getting too into the nitty gritty, the generally accepted rule of thumb is to try to lean toward sans serif fonts for web use due to their versatility and serif font for print due to their legibility. There are ways each font type can be applied to both mediums for effective results as well. This infographic produced by UrbanFonts provides a nice outline of the what, when and why regarding best uses for these two typography styles. 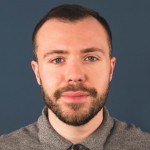