Learn from 8 Companies Making UGC Work for Them

Whether you’re going for a B2B audience or targeting consumers, content is the heart of your marketing machine. Written pieces, audio, video — making the most impactful and shareable content possible is a huge priority.

But what if you didn’t have to make all that content yourself?

What if it was actually better to turn the creative reins over to your audience?

Empowering the public is the theory behind user-generated content (UGC) marketing, and it’s an important one for any marketer to internalize. Sometimes, the most honest, compelling and convincing content comes directly from the users. It’s your job to create a content marketing strategy where these pieces have a place to thrive.

It’s possible to write extensively about the theory behind user-generated content marketing — and we have — but there’s another way to get familiar with this methodology.

By checking out the following marketing campaign approaches, as well as the content examples tossed in alongside them, you can see how this type of strategy really works.

Businesses of all sizes, even the biggest in the world, are turning to their audiences for content. Once you see how they’ve used the materials, you’ll see that there’s nothing stopping you from following in their footsteps.

Apple’s Shot on iPhone campaign spotlights a key feature of its products — the high-resolution cameras on the iPhone line. The tech giant uses impressive photos shot by users on their Apple devices as the focus of this campaign — posting them on billboards, showing them in television commercials and featuring them on social media.

The UGC campaign has proven adaptable over the years. Early on, Apple won multiple Cannes Lions awards, but kept innovating. As each new phone model has rolled out, Apple has refreshed the campaign, expanding to new formats and social media channels.

The official Apple Instagram account is entirely populated by user-generated content made on iPhones. The page’s bio requests that users tag their photos #ShotoniPhone to be considered for inclusion — an easy call to action that plenty of people have taken the company up on. After all, getting a photo in front of 25.9 million Instagram followers is a pretty good incentive.

The Shot on iPhone campaign benefits from its narrow focus on the visual. Apple has plenty to offer beyond their camera features, but the photos and videos on their Instagram account, billboards and TV commercials all tell one unified story.

While capturing photos and video is one of the iPhone’s capabilities, it’s the whole point of GoPro cameras. So it’s natural that GoPro has also turned to content generated on its devices as a potent marketing strategy.

User-generated content campaigns aren’t just for building a community of consumers. The users in question can also be your employees. Content that celebrates your workplace culture doesn’t have to come from the top down. You can mobilize your workers to show off what they like about your company.

When you think about it, user-generated content is a perfect tool for promoting a positive workplace culture. Social proof can be a strong factor when top-performing applicants are deciding where they would like to work.

Hootsuite’s recruitment strategy is focused on exactly this kind of messaging. The #HootsuiteLife campaign is a valuable social media push based entirely around user-generated content.

Employees around the world can have their photos posted to the official Hootsuite social media accounts. With an Instagram following of 139,000 people, the tech company has a substantial audience for these curated posts, which promote a fun workplace environment.

One sign that Hootsuite is serious about both company culture and user-generated content is the fact that the company has launched a second, distinct hashtag, #LifeofOwly. This one focuses on the brand’s cute owl mascot. This UGC campaign is less about attracting employees and more about branding, but it, too, is powered by internal user-generated content.

Microsoft operates a blog that hosts posts and multimedia content from its employees. Rather than speaking directly about Microsoft, the blog’s mission is to share stories that represent the variety of backgrounds and experiences of those workers.

As a company with a huge global footprint, Micorosoft is able to call up content on a number of subjects, just by interacting with its own employees. For example, the blog celebrated Asian American and Pacific Islander stories during AAPI Heritage Month. The content can help employees feel connected, and can promote Microsoft as an employer that supports people with a variety of voices and backgrounds.

During an industry gathering, it’s important to set up an event hashtag. This is user-generated content 101: When all users are posting with the same hashtag, the social media team can repost the best materials during and after the event, showing off the experience from a guest point of view.

Hubspot’s INBOUND conference shows off this UGC strategy in action. Glance back through the INBOUND conference’s Twitter and Instagram pages, and you’ll see what it looks like when an event builds up a perfect storm of engagement-friendly content.

The gathering, which will be all-online in 2021, started using the branded hashtag #INBOUND2021 in February, eight months before its start date. By relentlessly promoting the hashtag in the time between announcement and conference, the social media team can get attendees and speakers ready to post easily shared user-generated content. When speakers include people with huge followings — none other than Oprah will be speaking in 2021 — this is no joke.

When we look at the greatest among us, like @Oprah, it’s easy to see success and nothing else – but that success has not come easily.

➡️ Hear from Oprah about her motivational journey at #INBOUND2021 on October 14. Register now: https://t.co/MuZgbSKcZw! pic.twitter.com/NX8wva8hBk

The INBOUND team has a disciplined approach, using the same hashtag across platforms and inviting attendees to share their impressions. This is on-brand for a conference that describes itself as immersive and interactive, even in a digital environment. User-generated content lets people know they are part of a community, while acting as social proof that the event is worth attending.

Tech user conferences must all have distinctive hashtags. These unite content from presenters, attendees and social media accounts. The presenter guidelines of Oracle’s Ascend conference make it clear: Speakers should always use the conference’s branded hashtag to make sure their posts reach the right eyes.

Join Us at the Ascend 2021 Conference! Meet our team and let us share how we’re the right partner for your projects 😁 Tag or forward to someone who should see this! #oracle #oraclehcmcloud #oraclehcm #ascend2021 pic.twitter.com/eDDpRnVKot

The Ascend conference is running as a hybrid event in 2021, with some in-person attendees and others streaming the sessions online. This highlights a great reason to focus on one official hashtag: Organizers can gather on-the-ground posts from in-person attendees and serve them to online viewers, bringing the two groups a little closer together and helping them interact.

LinkedIn has struck up a mutually beneficial relationship with thought leaders from a variety of industries, becoming a preferred blogging platform.

There are plenty of reasons for people to write B2B thought leadership posts on LinkedIn. It’s free to set up a blog on LinkedIn, and the site has its own content creation tools, meaning the barrier for entry is low.

Professionals who publish on their own blog sites don’t have to choose one lane or another. They can repost content from their blog on LinkedIn, sharing their thoughts with multiple audiences.

With this system of easy blogging in place, LinkedIn gets to be the place where people go to find high-quality articles, and the authors gain access to the millions of users browsing the site. The comment section under LinkedIn blog posts can add an extra dimension of community, as readers can start a dialogue with authors. These discussions essentially generate content based on the initial piece of user-generated content.

Forbes’ pivot from a standard publishing model to embrace more user-generated content has taken a few forms. One of these is the creation of invite-only groups such as the Forbes Technology Council, where vetted industry leaders get to share their opinions on subjects affecting their industries.

Forbes gains a host of new contributors from this deal. Like LinkedIn, it has built a massive stream of blog posts and long-form content. Those creators get the prestige associated with the Forbes name, letting others know that they are thought leaders worth learning from.

What Can Your Users Contribute?

So maybe your company isn’t as big as Apple or Forbes. Does that mean user-generated content marketing won’t work for you? Not at all. Social proof is a powerful motivator at all levels, and your users will be happy to hear from their fellow community members.

As with any kind of marketing, you have to think about which channel and target audience suits your UGC campaign best. In the B2B brand space, you may ask Twitter or LinkedIn followers to share their thoughts with a special branded hashtag. If you’re in the consumer space, a visual platform like Instagram may be more engaging. If your audience skews younger, newer channels including TikTok make it easy to remix other users’ content into something fresh.

The general crux of user-generated content marketing is pretty simple, and it holds true across all of these industries and channels: When you invite your audience to share their content, you get material from a new perspective, which you can put to great use as part of a thought-out strategy. 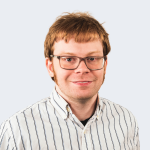