Meet Sonny Sharp. He’s a self-described loving husband and father, plus a semi-decent marketer. Guest starring on “Above the Fold” was the fourth happiest day of his entire life – though after some discussion, might be bumped below watching “Top Gun” in his basement with Jeff.

What happens when the guys bring on such a grateful – and semi-qualified – guest? They have plenty of opinions to share in response to the recent Forbes article: “5 content marketing trends to watch in 2019.”

There turns out to be plenty of rage bait for the guys, giving the discussion a compelling gossip-session vibe.

The drama starts with an update on the poor review status: The one-star review of “Nope” that haunted Jeff last week has vanished. Apparently he has the power to scare away bad reviewers? We’re still debating whether or not that treads into unethical marketing waters.

In any event, you’re in for a good time on this week’s episode of “Above the Fold.”

When you hear it, you’ll pick up on the sarcasm in this response to the first trend: Content marketing is becoming marketing.

With a nod to the difference in marketing function between traditional efforts and content, the guys discussed the nuances of losing “content” from their titles.

Neither Jeff nor Francis nor Sonny was impressed by the next trend listed in the Forbes piece: Strategy will become more essential. Jeff even compared it to predicting water’s importance in the future.

What should be an obvious statement for most professionals isn’t always as clear cut when they don’t have the right marketing education. This concept led to a rant about how SEO agencies perpetuate this lack of understanding. You can even read more about Sonny’s disapproval in his piece about the trouble with SEO agencies.

The guys agreed with the notion that the marketing funnel needs an upgrade – and it would be great for everyone involved if the old-school theory gets a reality check as soon as next year.

The topic is a soft spot for Sonny, who’s been talking about this for ages. This week’s episode turned out to be a great opportunity for him to “rage out on a funnel.”

Making their own predictions

Are Jeff, Fran and Sonny the all-seeing leaders of content marketing? Depends on who you ask, but they certainly didn’t shy away from the chance to discuss their thoughts on the future of marketing.

Are their jobs in jeopardy from future robots who can create infographics? Should marketers learn from movie premieres to roll out content?

The guys closed out the episode with an animated conversation about Oreos – stemmed from a traumatic experience Sonny once had with a “savage” who ignored the pull-tab and ruined the cookies for the rest of the team. Important detail to validate Sonny’s anger: They were Double Stuf Oreos.

Context-free quote of the week:

“Do you have a Supreme hoodie? When does your SoundCloud album drop?”

Do you agree with the guys? Have an idea for a new funnel shape? Let us know in the comments below! 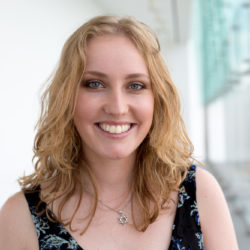