Greg Roughan – author and digital marketers – is our first guest to call in from the future.

In his time, soft e’s are pronounced like soft i’s (e.g., it’s “Grig” not “Greg”), there are more sheep than humans, people walk around barefoot with alarming regularity, and Instagram hides its likes.

Francis and and Greg spent a whole lot of time talking about that last thing on this episode of Above the Fold, and a bit about shoelessness.

There was also discussion of riotous Instagram knitters, the nuances of photographing one’s thumb and a theoretical Purge-like social media network where there are no rules.

This summer, Greg’s home of New Zealand (hopefully that “future” thing just landed) became one of seven countries where likes are no longer visible on Instagram. Since then, the Facebook-owned company has begun testing hidden likes in the U.S.

Instagram CEO Adam Mosseri says it’s to make users feel less self-conscious of how many likes they have relative to everyone else. This, supposedly, will encourage them to post more content, more frequently.

As Greg put it: “You can know how popular you aren’t, but you can’t compare it to anyone else.”

So what did the guys have to say about this?

“Are the influencers OK?” was Francis’ first question – which we’ll get to in a moment.

Craig, for his part, took to social media to get hot takes on the matter of hidden likes – first through Facebook, then through Instagram. The Facebook effort led to a heated discussion rife with conspiratorial musings, some of which you can see here: 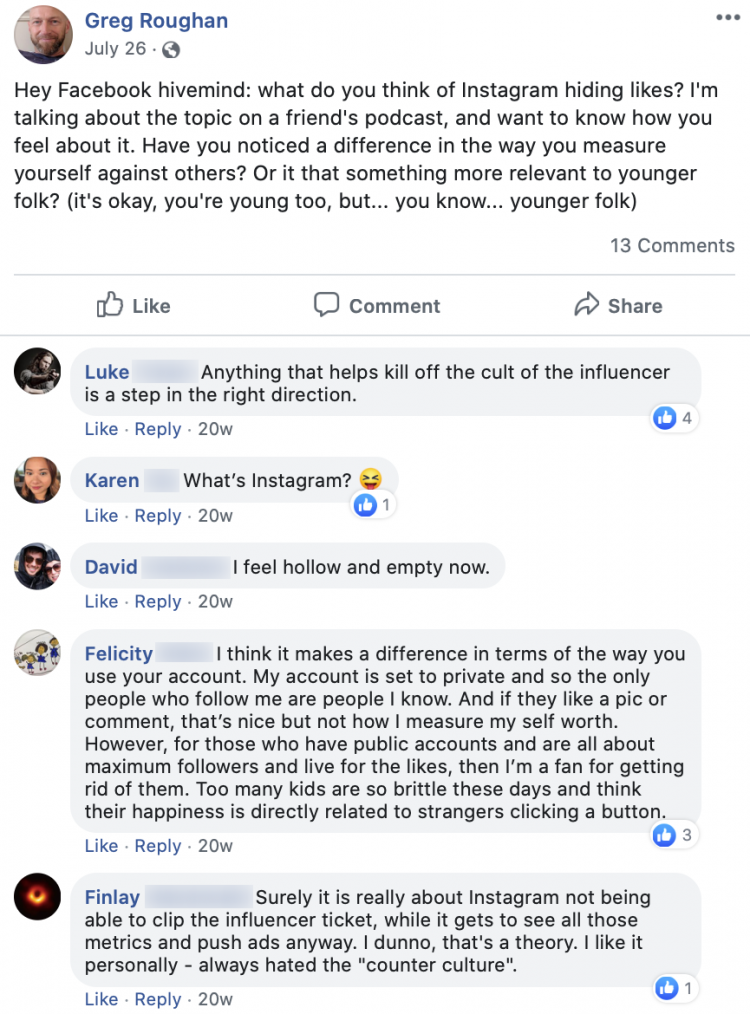 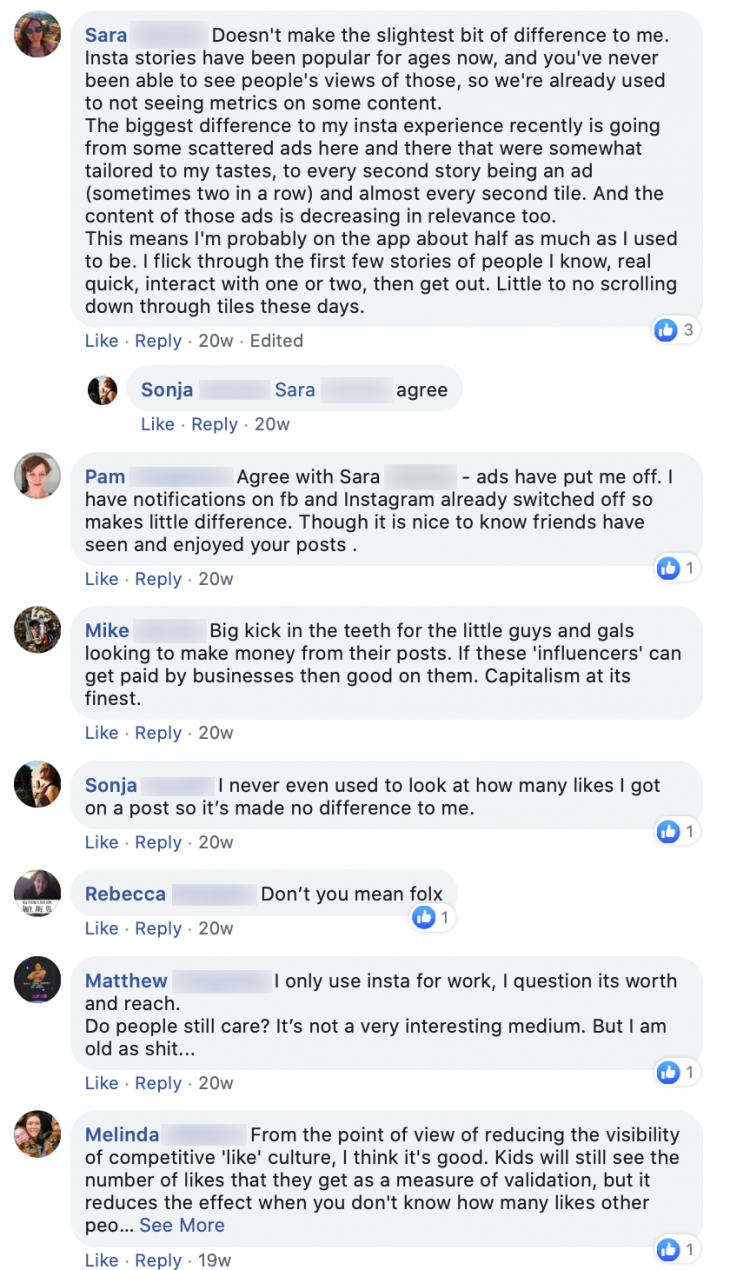 The latter effort led to a picture of Greg’s thumb, and not much else.

In six months to a year, Instagram starts selling “like” data. The social network taketh away likes now so it can taketh more money later (Sorry, Greg – I know that was one of your evil business plans, but the Facebook-owned company is probably a step ahead of you. And also behind you, looking over your shoulder right now.)

Which circles back to Francis’s concern for the influencers, who would be the ones most likely to pay for this “like” data. If this is Instagram’s way of trying to get a cut of the coin influencers rake in by using their platform to sell to lemmings, I’m sort of OK with it. (Don’t listen to me; I’m cynical.)

But it could also mean that non-influencer marketers using the platform will have fewer metrics to work with as they pull together their marketing campaigns.

Other stuff that happened

Francis and Greg assessed the state of their long-distance friendship:

Greg told a story about an Instagram knitting community gone very, very wrong. It involves a man who goes by the name “Sockmatician” (skip to 24 minutes).

Context free quote of the episode:

“You have 9,000 invitations to rethink how much of an asshole you are.”

Above the Fold episode 3:3 recap: It’s about time for a new shape

Jeff Baker and Carman Pirie nerd out about the sales and marketing funnel, come to a scintillating non-conclusion.

‘Above the Fold’ episode recap: Eyes on the enterprise, guys