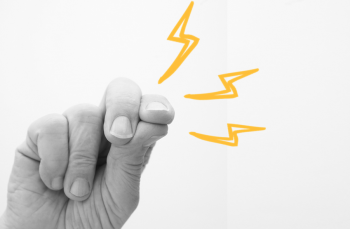 I like to think I am quick to embrace new technology, but admittedly there was a time when I thought Google Tag Manager (GTM) wasn’t worth the effort. I was hesitant to see it as a time-saver or a replacement for the “old fashioned way.” I thought the best way to introduce event tracking codes and conversion codes was to place each unique code uniquely where it applied. What I didn’t realize is how by just adding GTM’s code snippet to a website, it makes setting everything else up a little easier.

I find it’s a little easier to accomplish the most important aspects of a good digital marketing strategy:

There’s no shortage of ways to track actions online:

But in addition to these staples, there are newer technologies emerging: Machine fingerprinting hasn’t necessarily saturated the market yet (canvas fingerprinting was present on 5% of sites in 2014), but it speaks to the fact that there is usually a creative solution available.

And I find Tag Manager makes it a little easier to act on that creativity, particularly with event tracking.

Consider a situation where I want to track completed form submissions, but the form doesn’t natively include an event parameter or redirect to a thank you page upon submission.

I want to track form submissions in Google Analytics, but without any of these two tracking options available, I need to introduce one. Google Tag Manager lets me do this easily.

Tag Manager is good at tracking a lot of variables at once (provided you’ve enabled them), and perhaps chief among them is form submissions. I can create a unique Google Analytics tag that indicates whatever I want, set it to activate on any form I want (or all forms). With a few mouse clicks in an intuitive user interface, I can begin sending data I care about to my Google Analytics dashboard.

By setting up a tag and trigger within Google Tag Manager…

… I now have visibility into my audience’s actions that I didn’t have previously.

2. Connect datasets to learn about your audience

Let’s continue with the same example. Previously, I had a set of leads, and I also had a set of Analytics traffic data. I know John Doe requested a demo, but I don’t know where John Doe came from. I also knew I got lots of traffic from desktop and mobile, but not which John Doe was using. Multiply this situation by a large number of John Does, and not only am I unable to paint a picture, it’s hard to understand where we’re getting success in converting people.

By introducing a quick fix in the form of Tag Manager, I’ve now connected these datasets:

I can see that John Doe came through mobile – the new responsive landing page design is working!
I can also see that John Doe is also from Quebec – does this mean I have a French Canadian audience, and if so, should I add multiple languages?

I can begin to connect the dots and build out new ideas, whereas previously I was shooting in the dark.

It’s worth mentioning, too, that Tag Manager helps connect other Google datasets. For example, it serves as a verification method for Webmaster Tools, so if that hasn’t been set up yet, there you go. By sharing data between Webmaster Tools, Analytics, and any other Google UIs (AdWords), you can continue to build out your audience profile.

Tag Manager’s utility isn’t limited to Google. Let’s say I’m an advertiser, and I want to measure the success of my AdRoll retargeting campaign.

I think my Twitter campaign is outperforming my Facebook campaign, but how can I be sure? I can create the code within AdRoll, and then copy the parameters over to Tag Manager. As with the event tracking setup mentioned earlier, I can set the code to trigger where and how I want, all within a helpful UI.

There are a lot of preset code options available – Google branded services, big players like Marin and LinkedIn, and smaller ones too like TURN. Tag Manager is flexible, however, and if a preset doesn’t match my service, I can introduce a custom tag. That, in and of itself, opens a world of possibility. I can hypothetically introduce a code that adds additional functionality altogether.

4. Control the reins of my marketing strategy

The beauty of everything I’ve discussed up until this point is that I am in the driver’s seat. If I tried to accomplish much of the above without GTM, I would either need access to a content marketing system, coding prowess, or access to a developer. With the exception of the initial snippet placement, I am able to sidestep much of the red tape that can draw out the implementation process.

As a marketer, that red tape can be damaging to the success of my campaign. If I’ve found I misplaced a conversion code without Tag Manager, and I am reliant on an outsourced developer who won’t turn around any requested edits for weeks, that delay can represent a damning loss or corruption of data, or put differently, a huge waste of money.

With Tag Manager, I can do it myself. And because of that, my job becomes a little bit easier – and my clients’ content marketing strategies are more successful. 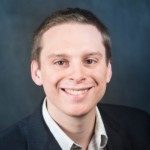 4 SEM tools you should be using already

A good SEM campaign will bring you valuable leads. To build an effective one, you need a strong set of SEM tools on your side.