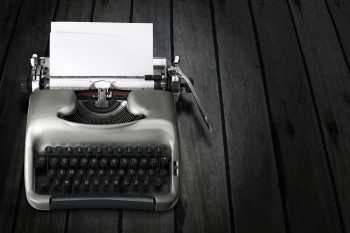 When talking about any writer of impact, the name Ernest Hemingway is often thrown in the conversation.

And rightly so. His direct and unadorned style gripped audiences. Locomotive-like sentences moved readers along, hardly yielding a respite for their attention to wander elsewhere. Stout – not austere and certainly not superfluous – language dictated the narrative, and every emotion that needed conveying was given due diligence and none more.

Yet Hemingway’s principles of economy and packing such large meaning into compact phrases don’t just ring true for every ambitious American author after him – but for content writers as well. Writing is writing, whatever the discipline.

Like Hemingway, you need to engage readers, give them a reason to invest in your story and deliver them an enjoyable means through which to experience, and appreciate, it. Writing is as much about how to tell your story as it is about the actual writing of your story, even if it is for a commercial purpose. And the simplest means often help you reach the greatest ends. But being brief doesn’t require you to sacrifice. Structure and phrasing act as a natural path for the reader – ensure they work to your advantage.

Being a product of the Lost Generation – war and convoluted notions of bravery and courage shaped Hemingway. His style showed this mortal influence through unwavering prose – often appearing rigid, when really it was merely sufficient to endure. How long would you take to say something if you only had so long to say it?

The Goldfish comparison is oft-cited, but applicable, and the modern reader’s attention is drawn in even more directions than before. An article from the Daily Mail reported that consumers can switch between devices up to 21 times in an hour.

In content writing, there’s often so much to say, so much to convince the reader about, that assertions can wind on, saying a lot, but not really meaning much. This risks losing the reader.

There’s no margin of error for appearing unsure to your readers. Even the slightest phrase could switch them off. Consider the sentence: “This newly engineered software could be the answer for you, as it may help your company to take the next step in realizing potential cost savings.”

On its face, there’s not much wrong. That sentence and it’s myriad variations are as old as content writing itself. But peeling back a layer, the reader can’t be expected to place their belief in ‘could be’s and ‘may’s and ‘potential’s. Even ‘newly engineered’ gives off the faintest air of trying too hard.

Part of Hemingway’s praise was due to his ability to portray weight and action in the barest terms. Content writers have to do the same.

“With this software, you and your company will realize the cost savings needed to grow.”

There’s a literary theory that says – much like the icebergs of real life that appear huge to the eye – only 10 percent of factual writing lies above the surface, while the colossal bulk is hidden below the surface for readers to infer and decipher. Hemingway’s theory of omission held the writer could eliminate things and still retain implicit meaning. He wanted to grant readers the agency to grasp his story on a greater level without him having to spell it out and telegraph every move. The same should be said for content writing.

Now applied to content writing, the 10/90 ratio can’t hold up strictly, because we have a duty to inform readers and ensure they leave without question. But the premise can be translated: Tell readers what they want and need to hear, and leave them to their own tools to put the story and significance together.

It’s only natural to find oneself in patterns of verbosity, but that can belie the true intelligence of the reader. We must trust that because they are reading this content, they have some stake in it – or will develop one through the story’s course.

Rattling off static lists of benefits and taking pains to leave no product-hyping stone unturned tires the reader. Content writing should embody the virtue of brevity. Clearly convey topic or theme, position your angle in relation to the audience, leave them a trail of crumbs – each paragraph adding to the whole. The payoff will be more personal than having it written on the walls in obscenely loud strokes.

Where you feel the opportunity to start talking about the product, resist the urge, don’t waste the goodwill you’ve built. Instead, link to a product-focused landing page, pointing readers to a place where they can learn more without taking away from the story you’ve told. Keep in mind, your blog is a place to establish and further your narrative. A farewell to hamming it up

A fairly emblematic quote of Hemingway reads: “My aim is to put down on paper what I see and what I feel in the best and simplest way.”

This advice can be internalized across many forms of expression, even in unlikely places like content writing.

Quality has always been important, but as blogging and blogging audiences mature in respect to craft and knowledge, it becomes increasingly more so. Premium content draws in part from an inherent trust between writer and reader, and the simplest and most direct way to tap into that deep well is through like-minded writing.