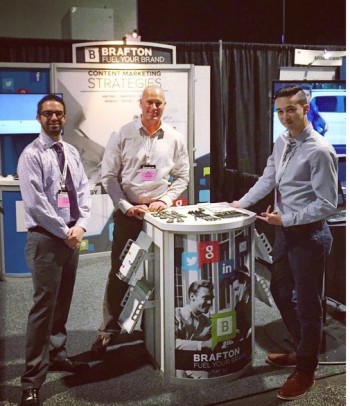 We’re back from PubCon Las Vegas, inspired by the conversations we had and presentations we heard.

This year’s show featured insights from thought leaders spanning the digital realm, including Moz’s Rand Fishkin, Wordstream’s Larry Kim and Canva’s Guy Kawasaki. Each speaker touched on the importance of engaging an audience – through any marketing platform.

In line with the conference’s overall theme of social media and optimization, one resonating idea shared is that content needs to be created for your particular audience. This is important to keep in mind, because at present, only 12 percent of marketers are doing this effectively.

Couldn’t make it to the conference? We were keeping up with the chatter around different presentations on Twitter. Take a look at 16 of our favorite insights, sure to inspire your content marketing efforts:

Consumers want to take an active role in their brand experience. Make customers a part of your brand, or lose them. @matt_siltala #Pubcon

Millennials want to engage with brands on their own terms. Cross device is critical @daverothsays #Pubcon2015 pic.twitter.com/gxsiipsj4g

If someone takes time to write about your business, PROMOTE the hell out of it @MurrayNewlands #Pubcon

"#Google rewards the good folks in #SEO better than ever before."- @RandFish @Pubcon #Pubcon

"Try everything – experiment, learn from failure." @prranch This is great advice!

If you are going to promote your social media on your site, make sure you're actually active ON social media @jenstar #Pubcon

You should never pay for parking, sex, or website traffic. With a little bit of effort, you can get it for free. @larrykim #pubcon

ROI can’t be measured if you don’t know where your investment went. – @manamica #Pubcon

.@GuyKawasaki's most telling social metric: shares & RTs. Because people are putting their reputation on the line to vouch for you. #pubcon

I dig it. Have a good personal aura. #pubcon @melcarson pic.twitter.com/MT6JjenZtY

Create ads from the standpoint of one of 4 personas: Bearer of Bad News, Hero/Villian, Comedian, or Feel Good Friend @helen_edwards7 #Pubcon 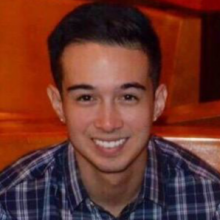