What can marketers learn from these top famous slogans? | Brafton

Whether the phrase has rhyming words or it comes with a catchy tune, slogans really have a way of getting stuck in our heads, playing on repeat for hours. Regardless of where you are, be it sitting at your desk at work, lifting weights at the gym, walking down the street or counting sheep in bed, these are the places those catchy taglines end up following you around.

In reality, this is what advertisers aim for: running a slogan that is so easy to remember that the thought of it becomes second nature. Brands create slogans to evoke an emotional response that puts their name in consumers’ minds and mouths in hopes of ensuring the brand is never forgotten.

Consider this: Ads don’t only exist on the television screen and in radio commercials anymore. Research by Flurry Analytics found that Americans spend an average of five hours a day on their phones, and these users are bound to see dozens of ads and slogans while they browse social media and spend quality time with their mobile device.

Top brands have been creating these catchy phrases for decades, and marketers can learn a thing or two from them. 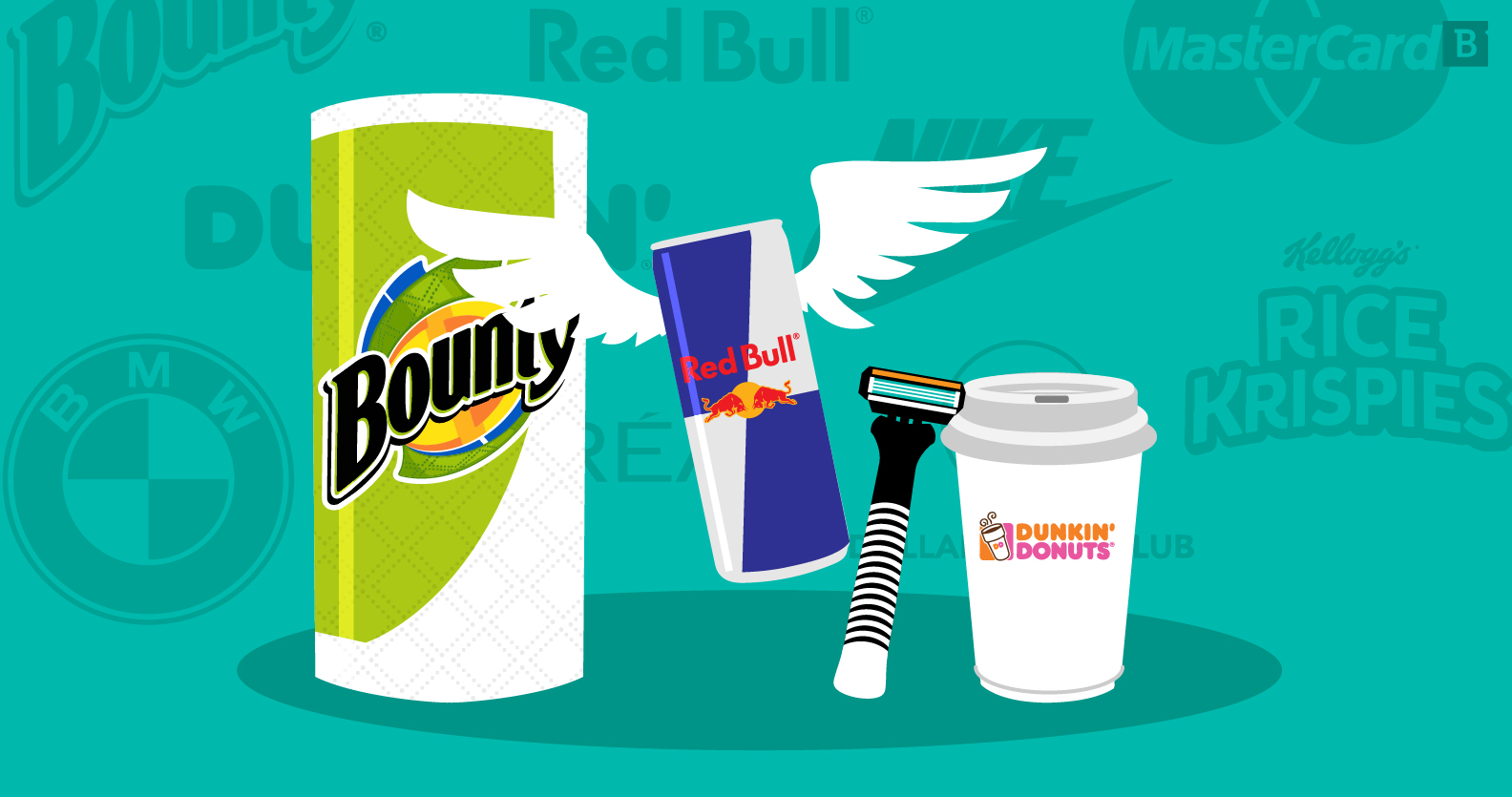 What exactly is a slogan?

At its core, a slogan is defined as a short, memorable phrase that associates with a brand’s product or aligns with the mission of the business. It’s a fun and special way companies want you to identify their brand name or services. The perfect slogan shows off the character of a business concisely, and it is simple to remember.

A slogan is much like a logo; it’s a representation of the brand. But it takes branding a step further, showing more spirit and personality. It’s just like that friend we all have who has a special quirk that everyone loves about her. She makes a great first impression with her sense of style, but it’s her crazy, unique laugh that’s most memorable. It’s what everyone thinks of when her name comes up in conversation.

What are some of the best slogans?

Close your eyes and think of some of the most popular slogans you’ve heard over the years. Now, read through our list of famous slogans and see which ones we also think resonate with consumers:

Red Bull – “It Gives You Wings”

Don’t take this one too literally. It’s a metaphor Red Bull created to insinuate that the popular drink can take your energy to greater heights, giving you the power to take risks and succeed.

This Red Bull slogan teaches us that their audience likes to have fun, that even the most important strategic business moves don’t have to be so serious or literal.

L’Oreal – “Because you’re worth it”

Who doesn’t love a good pep talk? “Because you’re worth it” evokes an emotional response from customers. Wow, you think I’m worth it? Yes, you’re right – I am. Essentially, it’s a confidence-boosting strategy that tells people that L’Oreal products are of the highest quality because its users deserve only the best.

Companies like L’Oreal use their slogans as a way to relate to consumers and encourage them to take care of themselves by using their products. Those four words were written in 1973 and have since struck a chord for women and their confidence, further proving the slogan’s staying power.

Though Colin Kaepernick took Nike advertisements by storm this year, turning the coveted slogan into millions of memes, those three special words have long served as a motivational kick in the rear for athletes just as much as the average joe.

This slogan is short, sweet and straight to the point. Nike is basically acting as a motivational speaker, telling consumers to stop second guessing themselves. Don’t hesitate – just do it.

Beyond its most recent marketing move to nix the ‘Donuts’ in its name, we’ve always been enticed to grab an iced coffee with the rest of the country since “American Runs on Dunkin.” While highly effective, the breakfast haven still decided to change its slogan to “Keep On” in 2016, or perhaps give it a facelift, according to Linda SanGiacomo, senior director of advertising and customer experience for Dunkin’ Donuts.

“It’s a modern interpretation of ‘America Runs on Dunkin’,” she told ADWEEK. “And that is celebrating that positive energy and perseverance that defines our guests and our brand. ‘Keep On’ is really that evolution and that modernization.”

This modernization shows that Dunkin’ wants to stay relevant as its consumers grow – a smart marketing strategy.

Who doesn’t love a good play on words? Dollar Shave Club achieved this quite perfectly with their slogan. Not only is it short, concise and punny, but it highlights everything their company stands behind: a more convenient, inexpensive option for shaving.

This slogan strategy is equally fun and effective for business. Following the general rule of thumb – the shorter, the better – the Dollar Shave Club got its message out there while being creative and witty in the process.

“Snap, Crackle, Pop.” Three words you think to yourself and they still make a loud and noisy impact. W.K. Kellogg himself approved Rice Krispies from the test kitchen in 1927, but it wasn’t until 1929 that the words “Snap!,” “Crackle!” and “Pop!” appeared in the first print ad of the company.

The longevity of this slogan shows just how successful something concise and to the point can truly be. In reality, this slogan is going on 90 years old, and that’s a mic drop in itself. This cereal – and its slogan – has been grandfathered into breakfast and it’s likely that this won’t be changing any time soon.

Rhyming is one of the easiest strategies for remembering something important. Bounty, the infamous paper towel company, knew this would work for its slogan, especially when it decided to give it a catchy tune in its commercials. Admit it: As soon as you read the words “quicker,” “picker” and “upper” together – whether it be aloud or in your head – you’re actually singing it in the form of the jingle.

That’s effective marketing at its finest. Not only does this phrase have a nice ring to it, but it sticks with consumers. How many other paper towels slogans and jingles can you think of at the drop of a dime? Precisely.

BMW used to dub itself the “The Ultimate Driving Machine” but knew it was time for a shift when American dealers started becoming more focused on environmentally friendly, creating options like electric cars.

“Designed for Driving Pleasure,” became their new slogan, which showcases precisely what BMW is known for: traveling as luxuriously as possible.

“Our products promise sheer driving pleasure,” stated head of BMW Brand Communications, Andreas-Christoph Hofmann. “But the anticipation of what can be experienced with a BMW, begins at first sight. The new campaign showcases the dynamics of design in a surprisingly different way.”

Even if “The Ultimate Driving Machine” worked in an early marketing strategy, “Designed for Driving Pleasure” is a humbling slogan, which could make consumers more keen to the product.

MasterCard – “There are some things money can’t buy. For everything else, there’s MasterCard.”

Keeping its customer base in mind, MasterCard created a slogan that people across the nation can relate to. Essentially, it’s convincing you that some things in life are priceless, and everything else should be purchased with a MasterCard. You can sing along to the songs with your friends at a karaoke bar for free, but you can thank the plastic for getting you that beer that helped fuel the confidence.

While on the longer side, this marketing strategy is still genius – all consumers can find a way to relate to this phrase in some way.

These famous slogans have taught us many lessons, but advertising trends are always changing. Use these popular slogans as inspiration for keeping your brand new in the minds – and mouths – of your audience. 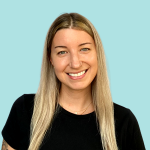 What Does a Content Marketing Consultant Do & How Do I Hire the Right One? (Infographic)

A content marketing consultant is well versed in the industry and understands what it takes to stand out from the competition and generate leads using everything from white papers to infographics.