De-jumbling the jargon: Speak to an industry without boiling it down to boring | Brafton 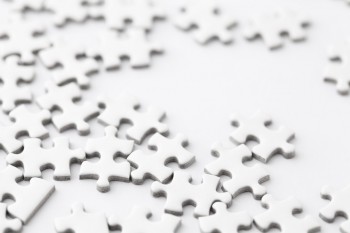 There’s no denying jargon comes with the content marketing territory – it’s one of those necessary evils, as present in our internal conversations as it is in the prose we craft for clients.

From acronyms to buzzwords, we bandy about terms like “thought leadership” and “SME” as if they’re a part of every local lexicon. But truth be told, most of these phrases wouldn’t pass the train test. That is, if you were to strike up a conversation with a few random heads on the el (or the the subway for the non-city folk), would they know – or more importantly, care – what you mean?

No matter the industry, there exists a dual challenge. We’re generally trying to formulate content that stands out in the space while maintaining credibility with a rather narrow readership that might subconsciously rely on a pre-established glossary. As a finance writer, this is especially true, as we grapple with niche audiences, many of whom have been desensitized by the same tired buzzwords.

We try to formulate content that stands out in the space, while maintaining credibility with a rather narrow readership that might subconsciously rely on a pre-established glossary

In some respects, it almost seems as if using them is the only way to earn their trust, but it’s not.

Efforts to educate through a different lens are typically appreciated, and therefore shouldn’t be underestimated or overlooked. Save for the extra-rigid investment bank, or perhaps the law firm with seven layers of compliance, you might be surprised how often readers appreciate it when you deviate from the norm.

Real estate blogs don’t need to cater content to the Federal Reserve’s deliberations over future monetary policy, even if those maneuverings impact the direction of interest rates. The topic is worth a mention, or maybe a paragraph if there are new developments that immediately affect investors’ decisions. But in and of itself, the topic of QE normalization doesn’t warrant four full posts per month because that site’s readership is already aware Fed policy involves adjusting the key funds rate, which in turn dictates consumer borrowing costs and – see, I’ve already lost you.

Flexibility – reductive as the concept may seem – is essential in keeping things fresh and interesting. If we’re truly on the pulse of an industry, we can anticipate and even develop new terminology as we see fit.

There’s a quick but memorable scene from The Wire in which the cops, led by the notoriously meatheaded Herc, show up on a known corner looking for a “Little Kevin” suspected in a murder case. The wanted party is standing right there, but the detectives never consider that he’s the 300-pounder in the lineup. Asking the wrong questions, assessing the situation with their tunnel vision and predictable perception of what’s little, Herc and his crew huff and puff and make threats but leave without their man.

“Man, if these cops out here knew how to flip it even just a little bit, my a– would be in handcuffs,” Kevin says once they’re gone.

And on the most basic level, the concept to which Kevin is alluding is well-known and constantly at play in the world and language of finance.

In his new book How To Speak Money, man-of-the-people/economic translator/novelist John Lanchester explores this “reversification” at length. The hedge fund is his favorite example. The first word, “hedge,” originally meant something to do with keeping things out, but over time it became a metaphor, then a technique and finally something “that can’t be understood by ordinary use of the ordinary referents of ordinary language.”

“The clarity of what you write matters a lot …  If somebody lands on your page and it’s just an opaque wall of scientific stuff, you need to find some way to pull people in [first, before you can give them the scientific, technical terms].” – Matt Cutts, Google’s Head of Webspam

The term now refers mostly to unregulated pools of private money, accessible through the use of complicated leverage and calculated bets. It is, Lanchester explains, “an entirely new thing, which is more or less the opposite of a hedge.” Therein lies the power of not only economic innovation, but also of our ability to make words mean what we want based on the direction of the conversation.

Thought leadership is the idea, not the jargon

If we truly understand the subject matter, we more confidently take the lead in conversations. In essence, that’s what most businesses are referring to when they ask for thought leadership. But when we confine ourselves to a particular vocabulary, we limit our ability to move with industry conversation, and by forfeiting our own creativity we deprive ourselves of opportunities to help that conversation evolve.

Not all circumstances allow for such leeway, of course, and only in an ideal world do we have the time, energy and resources to realistically drive the conversation. But that’s no excuse for not giving it a shot, trying to flip things every once in a while so that our audiences can view the information in a different light, complete with a new set of terms grounded in a sound understanding of what’s going on in their world.