Mobile matters: Why mobile video is life or death for your brand | Brafton

If you’re not sure why mobile matters for your video marketing strategy, it’s time to remove the ultra-dark sunglasses you’ve apparently been wearing and take a look around.

Chances are you’ll see people glued to their smartphone screens everywhere you go, from the bus to the supermarket to public restrooms (actually, you might want to keep your eyes to yourself in the lavatory).

Seventy-seven percent of Americans own smartphones. Meanwhile, 51 percent own tablets. Looking outside the states, it’s estimated the global number of smartphone users will reach 2.5 billion by 2019.

October 2016 marked a major shift in mobile technology usage. It was the first time more people around the world accessed the internet via mobile and tablet devices (51.3 percent) than desktop (48.7 percent).

In short, seemingly everyone and their mom has a cell phone with internet access, and they’re not afraid to use it, especially when it comes to watching video.

Video content represented 55 percent of all mobile data traffic in 2015 alone. Spoiler alert: That number hasn’t suddenly gone down. In fact, 28 percent of smartphone users consume video on their devices at least once per day. And it’s not just short clips on social media. Thirty-six percent of smartphone video viewers opt for long-form content. Even Netflix reported half its users stream movies and television to their smartphones on a monthly basis.

This shouldn’t come as a surprise. The wind’s been blowing in this direction for quite some time. Google got in on the action in April 2015 when the search engine behemoth released a major mobile-friendly ranking algorithm intended to reward websites catering to mobile users.

It only makes sense to marry one of the most effective forms of content marketing to a technology that has saturated society to its core.

Mobile video: a match made in heaven. Of course, if you don’t know how to get it right, it can feel more like an unholy union. No sweat; we’ve got you covered.

Help your audience eat it up

“From a technical and creative viewpoint, you have to keep in mind your video will be watched on a smaller screen,” he said. “Make sure the text in the lower thirds and in animations is legible. Make sure products are clearly visible.”

Additionally, you must remember that many mobile video viewers watch their screens with the sound off. Call it “The Facebook Effect.” Publishers report up to 85 percent of video on Facebook is watched sans sound.

“Add subtitles if you’re not planning to autoplay with audio,” Perry continued. “And since a lot of these videos are being watched on social platforms, attention spans are short, so keep your videos short and to the point. To quote the great Dave Grohl: ‘Don’t bore us! Get to the chorus!’”

If you follow these rules, your videos will work on both mobile and desktop. That said, it can pay to differentiate.

“Videos published on a website homepage could be a bit longer, more in-depth,” Perry said. “The mobile counterpart could be a high-level overview or teaser.” 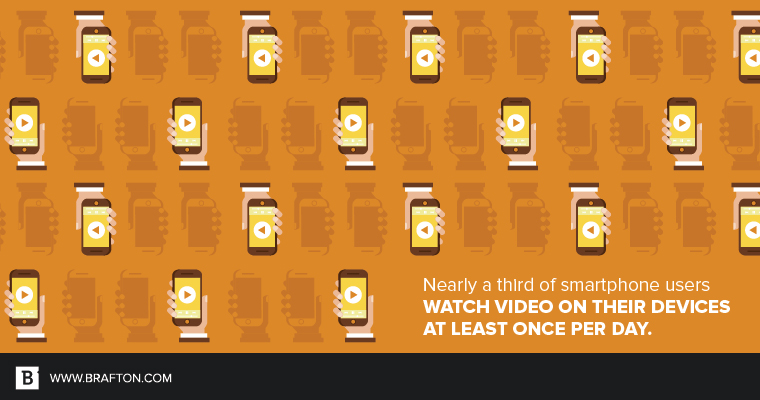 There are other, more practical factors to consider. For instance, does your video support a vertical format? Forcing mobile viewers to flip their phones on their sides has been known to drive audiences away. In fact, data showed more than 70 percent of viewers refused to turn their phones sideways in order to watch a video ad. Of those that did, they only watched approximately 14 percent of the video.

Meanwhile, just as with web pages, load times make a big difference. Ten seconds might as well be 10 years in the eyes of a potential mobile viewer. By ensuring your mobile video content is responsive to the viewer’s bandwidth, you can cater to that individual’s capabilities instead of tempting them to click away in frustration.

You could easily get in the weeds regarding mobile video best practices and technological workarounds. That blog post is for another day. For now, the single most important thing to remember is mobile video viewers make up a huge audience. If you’re not creating content with them in mind, you’re losing out. Period.