Rebranding can take many forms. It can right the company ship in the public eye or elevate an already successful brand.

A company rebrand is not easy by any measure, and it’s possible for businesses to actually do more harm than good (you’ll see in a minute).

So what does rebranding mean, and how can a team successfully pull off a new company image?

What is a rebrand (and what is it good for)?

Rebranding is the changing of various components of a company image with the intent of re-establishing a beneficial public perception.

In total, rebranding can be a competitive differentiator.

Consider: 77 percent of consumers are not looking to form any type of relationship with a brand. But branding hopes to accomplish just that, a relationship.

These two facts appear to be at odds, which is why a rebrand may allow companies to penetrate perception gaps and reshape how the public interacts with businesses and makes purchasing decisions.

Rebranding generates a number of tangible and intangible benefits. It’s important to be absolutely clear on why a rebrand needs to occur and what goals should be achieved by such.

Here are common scenarios that might necessitate a new company image:

Yesterday’s customers are inherently different than tomorrow’s. Due to evolving generational tastes, fluctuating market forces and (potentially) fading relevancy or influence, brands may be at risk of losing customers.

A brand repositioning is akin to hitting the reset button, in that companies can shift their stances in the marketplace by targeting upcoming consumer demographics, ideas or locations.

For example, the viral video of United Airlines forcibly dragging a passenger off a plane or the publication of a photo showing a decomposed chicken head inside food served at Buffalo Wild Wings are the types of unexpected events that dictate a conversation on the upside of a potential rebrand.

Rebranding isn’t always a consequence of a negative incident. In some cases, a brand’s product or service may have been organically or even predictably usurped in the marketplace (e.g., Uber over Lyft).

A rebrand can cast a new light on a businesses’ offerings and even facilitate the launch of a new product line that is, indeed, superior to anything else on the market. This proactive branding mentality can keep executives ahead of the next big customer trend.

Avoiding customer confusion is key, so renaming a portion of a business that’s unique from another could focus awareness on what a company wants to highlight. Conversely, bringing all names, trademarks, logos and product lines under one roof, one moniker, can streamline brand messaging.

Define a rebranding strategy: What needs to change?

Depending on the impetus of a rebrand, certain brand elements may be left as is, while others may require a notable overhaul.

The most common iterations of these changes are:

An audit of competitor brands should reveal where opportunities lie. A line-by-line assessment of what works, what doesn’t, what’s outdated, what’s not resonating, etc., helps creative teams ideate any potential brand changes.

Superficial color or typographical changes can set the tone for the rest of the brand and may be completed in a matter of weeks or months, while wholesale adjustments to business lines will need more thorough planning, typically months or years in the making.

Starting with a simple spreadsheet that compiles potential changes (before and after snapshots) keeps rebranding strategies organized. From there, a small-scale pilot of a single change may show that only one brand element requires change. Further testing should then decide whether subsequent modifications are necessary.

The rebranding process is not uniform across all industries or organizations. Some companies outsource branding activities to creative agencies; some keep all tasks in house.

Budget, timeline, stakeholder approval and urgency will, rather by choice or not, direct what’s achievable.

Rebranding can broadly be boiled down to:

What does the new brand stand for? What absolutely needs to change? Who is the target audience?

What are competitors doing better? What does the data say about market opportunities? How will changes map to results?

Who will be affected by a rebrand? Which internal departments should be involved? Who has final say?

Who manages daily progress? When will internal and external changes roll out?

What’s the initial reaction of internal stakeholders of small survey samples? Which changes are most effective? Which branding elements could still use more work?

When does the rebrand phase in? How will all employees and customers be informed? How often will communications go out?

How to communicate a rebrand

All the work that goes into rebranding is only as effective as the rollout.

A botched announcement can lead to unmet expectations and outright confusion. Brand managers should develop specific messaging targeted at three core groups of stakeholders. While a majority of the language used in these corporate communications will remain the same, the rubric of a successful rebrand is how it’s received, not how one hopes it is received, meaning customize messaging by recipient.

First and foremost, employees need to be in the loop. Executives and directors should hold training sessions with all staff members to review updated brand guidelines. All employees should be equipped with the updates, tools and messaging they need to appropriately communicate to the public through all channels.

Rebranding will impact existing customers. Some may love the new look; some not so much.

Customers should receive emails and social media updates on what they can expect to experience under the new brand. They should also be made to feel that their opinions are being heard and their feedback is welcome.

Prospects are unique stakeholders in the rebranding process, as they’ve likely had limited interaction with a given company up to this point. Additionally, they may actually be customers at competing businesses. This means communication should focus on winning over new converts and highlighting key product/service differentiators.

Rebranding may not always go smoothly. There will be setbacks and unexpected events that push back timelines and impede launch dates. That said, companies can benefit from a few dry runs.

Even if a brand isn’t considering changing in the foreseeable future, there’s still much to be learned from consistently brainstorming new ideas, looking for new business opportunities and reimagining a company’s potential.

Branding exercises that every company could benefit from include:

These sorts of theoretical questions instantly force stakeholders to think of their brands as not just businesses but as entities that have human qualities. In short, to connect with a consumer, it’s not always price or product that matters; it’s often the personal touch. 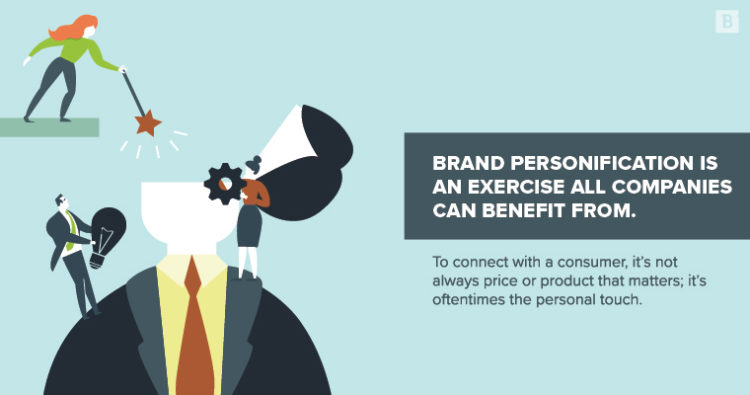 It can be difficult to clearly articulate what a brand stands for, especially when using generalities like “value-add,” “customer service” or “strategic partner.”

In a room with other team members, outline what the company is not, rather than what it is. Turning brand discussions upside down in this way triggers a different set of thinking skills, which could produce valuable insights once a rebrand is in the cards.

Gathering user data on a brand, its services and its assets is a moving target that many companies are ill-equipped to do on a regular basis. But it’s this data that will help push a brand into new territory that is more likely to appeal to customers and prospects.

Content marketing turns companies’ websites, email campaigns and social media posts into deep vaults of user data. Frequently publishing blog posts and other content, then tracking performance metrics on those assets, provides hard data on what works and what doesn’t.

Use this information to steer branding campaigns and brainstorming sessions. 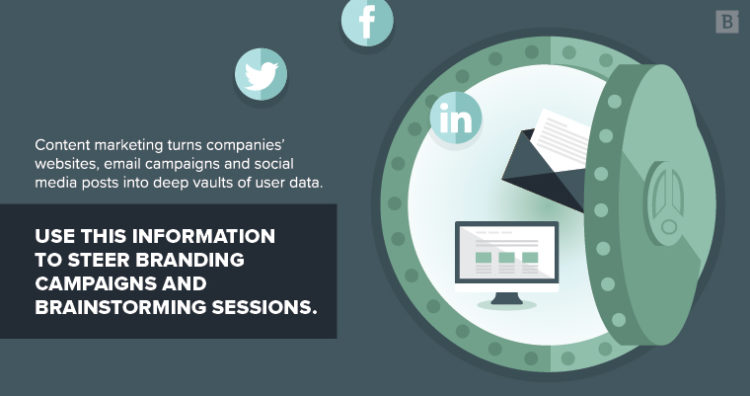 Company rebranding examples (some that worked, some that didn’t)

Rebranding can quickly go off the rails if stakeholders are misinformed or misguided in the process.

In recent memory, here are rebranding examples that hit the mark and others that missed it entirely:

Old Spice had been in business for more than 75 years, with its trademark cursive lettering and sailboat imagery working well for much of that time. Until it didn’t.

The deodorant and men’s care products brand was losing market share to Dove and other competitors targeting younger customers. After all, sailboats don’t conjure up images of youth.

Since 2010, Old Spice has utilized, among others, the faces of Terry Crews and Isaiah Mustafa in their commercials in addition to an updated logo. They had, in effect, positioned themselves as the hippest, manliest product on the market – and it worked. The company’s 2010 Super Bowl commercial received 10 times as many YouTube views as Dove’s.

Belgian brewer Stella Artois was facing a similar scenario. The traditionally pilsner-centric company considered itself to be an “upmarket” brand, and its elaborate red and gold branding said as much.

Fast forward to the new millennium and Stella was being displaced by craft beers with unique flavors. This prompted the company to branch out and create new products, including a Bock and a Cidre. The Stella Artois Cidre is now a common barroom offering and a favorite for younger drinkers who eschew hoppier tastes that flood the current market.

It’s not always great news, however. In summer 2017, Hulu revamped its in-app UX, website branding and its logo.

While some viewers appreciate the new look, the actual user interface has received dismal reviews and hundreds of official complaints. Most of the feedback cited poor layout, confusing guides and hidden features as common concerns.

Within a matter of months, Hulu had to go back and make specific experiential changes as well as release a statement noting they intend to make additional enhancements in the future.

Clothing company GAP had a notoriously painful rebranding experience in 2010 when it opted to redo its 20-year-old logo using different front, gradients and shapes. 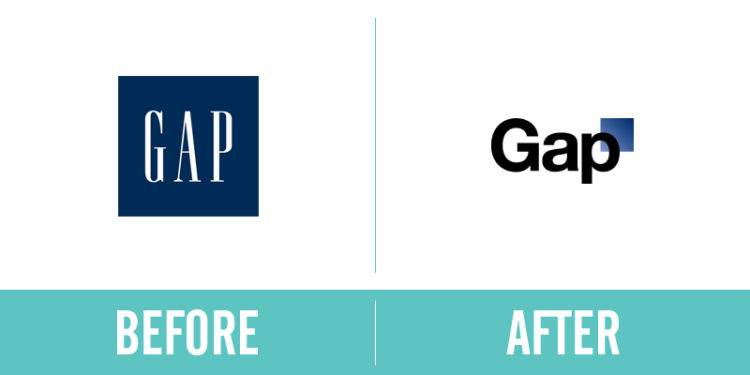 Just six days after plastering their new logo online, the company reversed course and went back to the original because of nearly unanimous criticism. By some projections, GAP sank $100 million into their failed rebrand.

As we’ve discussed before, branding is ROI in the future tense.

There’s not always a direct line between a logo change and revenue – there are so many touchpoints and factors that contribute to any measurable ROI that attributing dollars directly to “branding” isn’t rooted entirely in data (as easily as, say, traditional marketing or advertising is).

However, metrics to track before and after a rebrand include:

Should the above indicators rise, it’s safe to say there is a strong correlation between rebranding and ROI.

Branding is a long-term investment, one that has that capacity to completely change a business’s future trajectory.

Why you shouldn’t budget for paid content syndication in 2019

Find out everything you need to know about paid content syndication – namely, why it’s not right for your business.