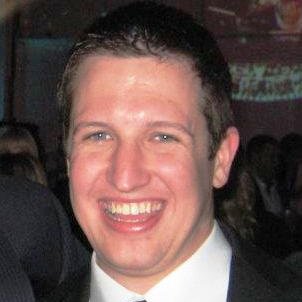 Director of Account Management Jason Cook has watched the evolution of the content marketing industry during his tenure at Brafton, and he’s experienced at keeping his content strategy skills sharp in the fast-paced digital marketing landscape. As we celebrate his three-year Braftiversary, here’s a look at Jason’s journey with Brafton, and what he calls the keys to professional success in a dynamic market.

When Jason joined Brafton’s San Francisco ranks in 2010, his comprehensive role as an account manager included cross-country traveling to delve directly into client support and account negotiations. Ultimately, he said the first few months helped to shape where he is now, a director of account management.

“Being able to see Brafton’s foresight into the market and ability to adapt is very encouraging,” Jason said. “It makes you feel like you’re getting the opportunity to succeed.”

Jason’s role has shifted throughout the years to focus both on strengthening client relations and defining how we can enhance and improve strategies. The key to successful content partnerships, he says, is listening in order to pinpoint exactly what matters the most to the customer.

“At the end, it’s about earning the trust and respect of the client – earning the business,” he said. “Listening to the details of what the customers want shape my consultancy, and then we can deliver on their goals – so the clients understand content is a fantastic piece of their marketing efforts. It’s a win-win.” And for Brafton’s senior management, having Jason on the team is a win.

“Jason is a stronghold on the team. He survived office moves, grew in the face of multiple structural changes, manages a large number accounts and travels to all parts of the U.S.,” Vice President of Account Management Sarah Cugini said. Alongside these accolades, she also pointed out Jason has the the title of “best cowboy hat wearer,” and is the most tenured member of our San Francisco hub.

Jason headed up our San Francisco office when it was still in its inception, and had a significant role in paving the way for our West Coast operations.

“It’s like coming to work with your friends in a tight-knit environment, but you also have this great support of a company the size of Brafton. It’s cool to have that experience.”

Another perk of the San Francisco office? They know how to coordinate hard work with fun: The team is known for banding together to power through projects, while still squeezing in the occasional nerf gun battle.

“We share camaraderie and the drive to get great work done. We dive into content strategies full force, and enjoy the whole process throughout the day,” Jason said.

As Jason passes his third anniversary milestone and we transition into 2014, his industry outlook for the new year is positive – and diversification will be key. He is excited to work with customers who are increasingly embracing the wide array of content formats Brafton provides.

“Marketers talking about using multiple forms of content is nothing new, but this year it will be a competitive must for brands to add different content types to their mix. More, I think you’ll see Google making big strides in recognizing and rewarding sites that provide a variety of items, like images, infographics and video.”