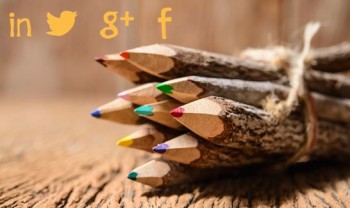 When it comes to social media, the reach can seem endless. With a few targeted search topics and some basic information at hand, a brand is a click away from learning about an individual’s likes, dislikes and most profound beliefs, even from thousands of miles away. There is only one barrier that can prevent us from doing this: language.

So, when a client that auctions and sells pre-owned vehicles asked if Brafton could begin a social strategy that incorporated both Spanish and English, it was the perfect opportunity for me, being fluent in both languages, to tackle this bilingual task. Our content writers and videographers have produced work for clients in languages spanning Mandarin, Japanese, Portuguese and French. But for me, personally, this was the first time an originally-in-English social strategy would be expanded and optimized for a Spanish-speaking audience.

My client is ahead of the curve – he understands the rapid growth of the Hispanic population in his target demographic makes it essential to engage followers in the language they speak. But it’s important to weigh the factors of what makes a compelling social strategy, and how it will change depending on the audience you’re addressing.

Here are some of important considerations on a bilingual strategy:

After researching the English-speaking and Spanish-speaking markets, I saw my client’s tone was going to need some surgery, lest the message get lost in translation. It’s important to mimic the mood that appeals to the demographic without losing the brand voice altogether. I researched what generated responses and other engagement in Spanish-language Tweets and brainstormed how to make it fit with my client’s overall tone (in this case, simple and direct), and put it all together in 140 characters.

This translates to “Soft and rich like a Mother’s love.” This might not be what English-speaking audiences would expect, but it’s effective with Bimbo’s customers – they like associating the bread with the timelessness of a mother’s love of providing food for their families.

So if one were to create a Tweet for this brand in English, how would we go about doing it without losing the ‘X-factor’? First, it would be necessary to pinpoint the correct demographic – in this case, mothers. Second, we want to mimic the tone as best we can so as not to distort the message we’re trying to convey. We want to be approachable and non-threatening. Perhaps something like: “Show your family you love them with Pan Bimbo. #AmordeMama” could drive the point home.

It’s okay to mix and match

Many things change when interacting on social media in a new language. Hashtags however, are a mixed bag. Because Social media is a dynamic, fast-paced environment, there is rarely enough time for a trending hashtag to transmute into Spanish and still remain trendy. So it’s not unusual to see a Tweet in Spanish that is accompanied by English hashtags. It’s also perfectly okay to mix English and Spanish hashtags.

Here’s an example of how an English hashtag can be incorporated into a Spanish Tweet: These are not hard-and-fast rules however and as with most things in social media, there are exceptions. The same goes for media such as images, GIFs and videos.

Remember, when addressing an audience, speak in the same way that one individual talks to another person, regardless of the language. Social media is about connecting, the same way a person feels connected to another person far away because they both listen to the same music or watch the same movies. A business taking on a bilingual social strategy must not forget this one, extremely important rule: We all engage in social media in order to feel connected with one another.

If you were to fast forward a strategist’s countless hours of aligning social and business goals, mixed with bewilderment, curiosity and action, you will reach a term that could very well capture the zeitgeist of the times we’re living in: Content. As language plays an important role in the evolution of social media, brands will want to create connections with new audiences, and multilingual strategies will become increasingly necessary.

At Brafton, we’re focused on how our customers’ content spell success in every language. Check out more social media client examples.

Do you interact with consumers in multiple languages on social media? Let us know your experiences in the comments.