Caroline loves anything that strays from the ordinary, especially fashion that sticks out from the clutter.

“When an outfit is really colorful or doesn’t really make sense, it always makes me laugh,” she said.

In a similar sense, Caroline brings her bright personality and sense of humor to the Boston office each day, adding a great vibe in addition to design talent to the team.

Here’s an inside look at the personal and professional quirks of this fabulous Brafton designer:

A graphic design career is born

As a graduate of Emmanuel College in Fenway – where she majored in Graphic Design and Technology and minored in Business Management – Caroline is no stranger to Boston.

After school, she worked as an in-house graphic designer at Eataly Boston, where she learned to be quick on her feet and solve problems with her design work.

“You never know when the espresso machine will break down under the pressure of thousands of cappuccinos, and you need to think of a fun quip for a tabletop sign that notifies customers before they become an angry mob,” she mused.

“You never know when the espresso machine will break down under the pressure of thousands of cappuccinos, and you need to think of a fun quip for a tabletop sign that notifies customers before they become an angry mob.”

Moving to the agency world

Caroline left the world of espresso and pasta to join us at Brafton, where she described a sharper focus on the appearance on graphics because other team members handle many of the logistics and strategy behind the design.

“It’s a much more distilled design experience than other places I have worked,” she said.

Caroline manages her days with a “small things to-do list” and a “big things to-do list.” The former includes tasks like delivering client files or emailing me back about this feature. The latter is what she has on her queue, including the projects that must be completed before she can call it quits and close out Adobe for the day.

As she makes her way down each list, Caroline enjoys the friendly company of her fellow designers and team members – as well as the free Goldfish crackers in the kitchen. 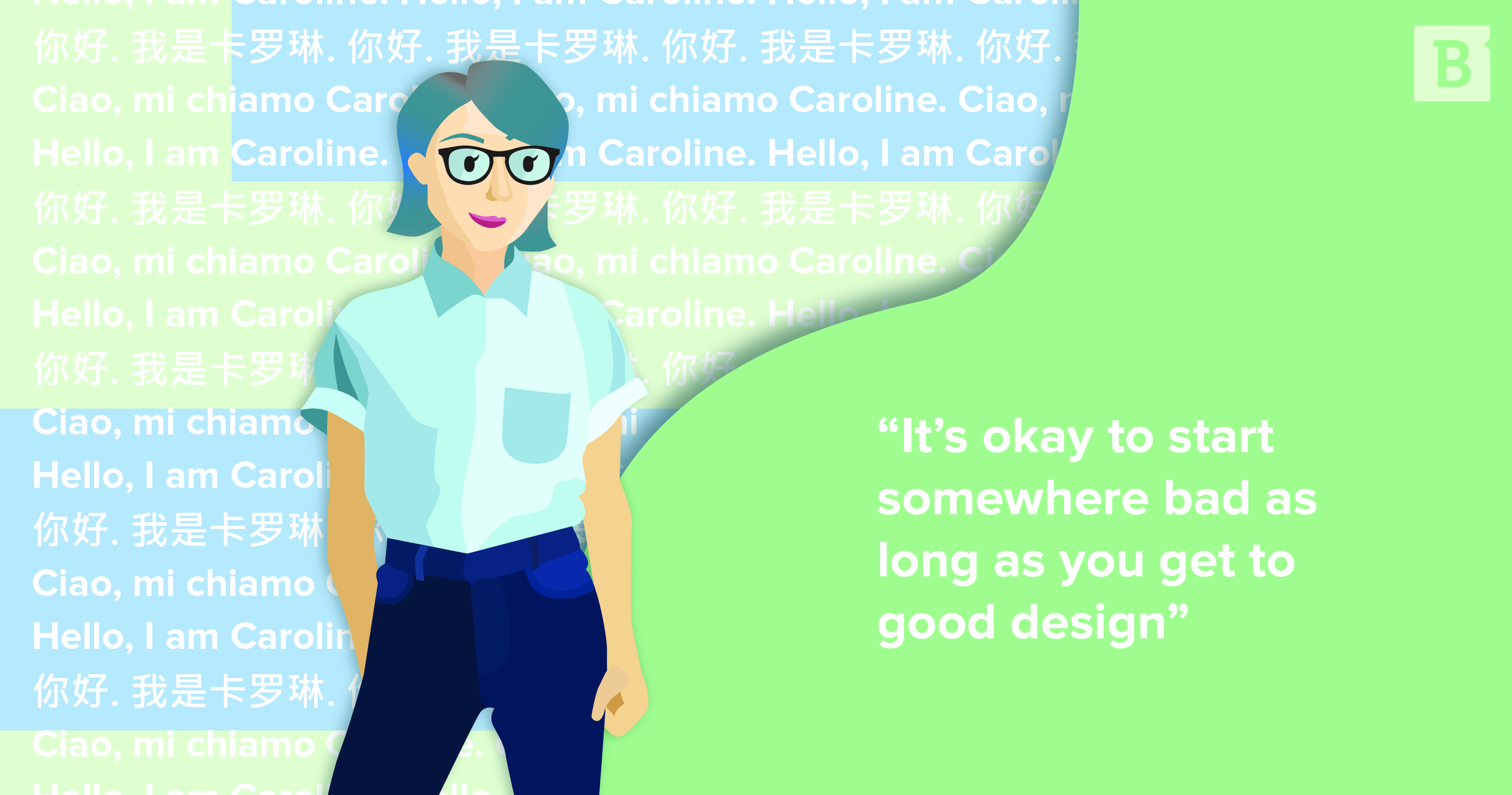 Her transition to the agency world has been a relatively smooth one, complete with some notable successes. One comes from the designer herself:

“I had one day to complete an eBook that would usually take about three, so I was pretty pleased with what I was able to turn out in that time,” she said.

Let’s see what she can do

We’d be remiss to highlight such a talented designer without sharing some of her work. So without further ado, here are some of Caroline’s personal favorites:

This first project is a cover redesign of a book she loved as a kid: “Coraline” by Neil Gaiman. The idea was to make the visual experience as exciting as the words inside, giving kids no reason to put the book down and miss out on the story like she initially did as a kid. 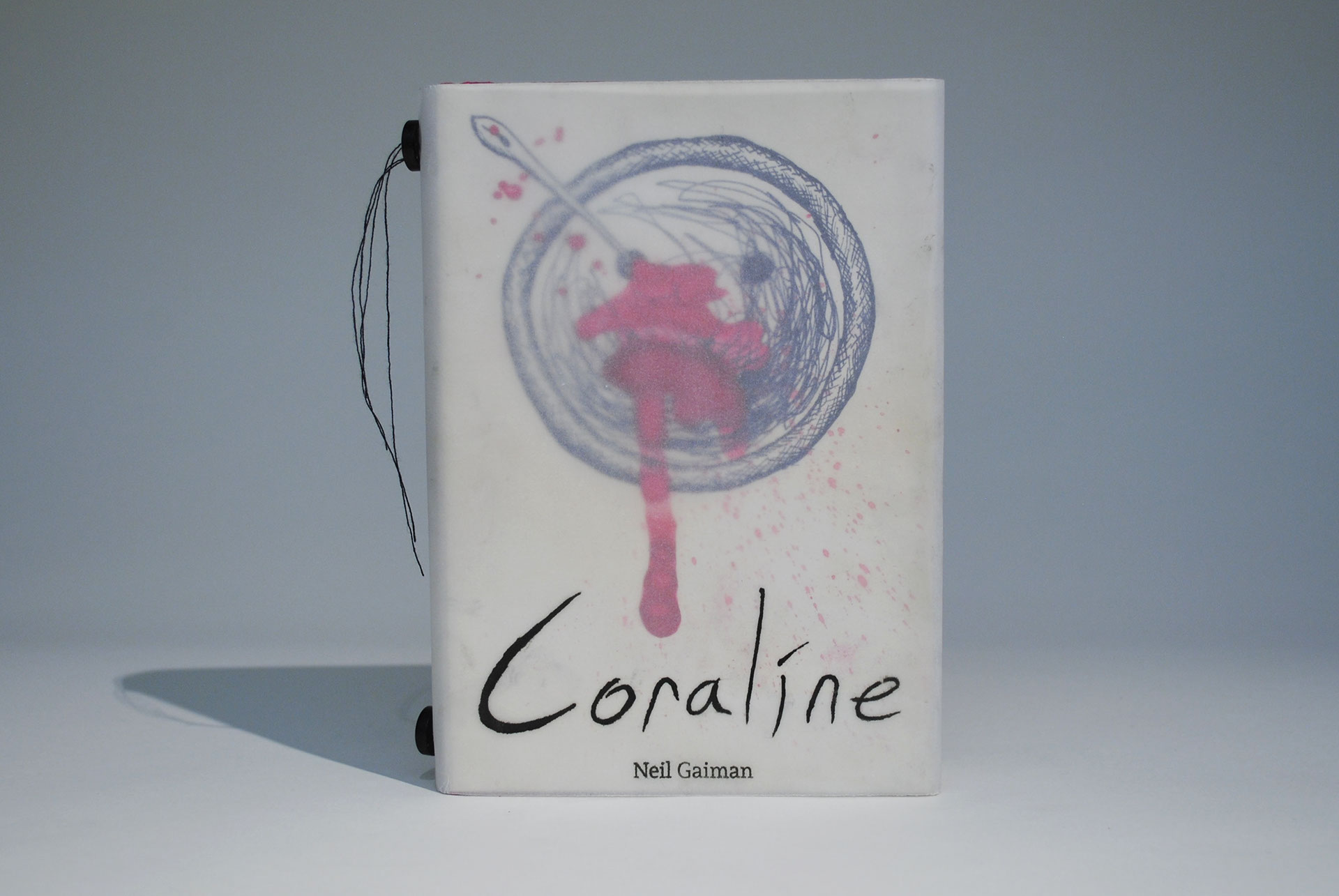 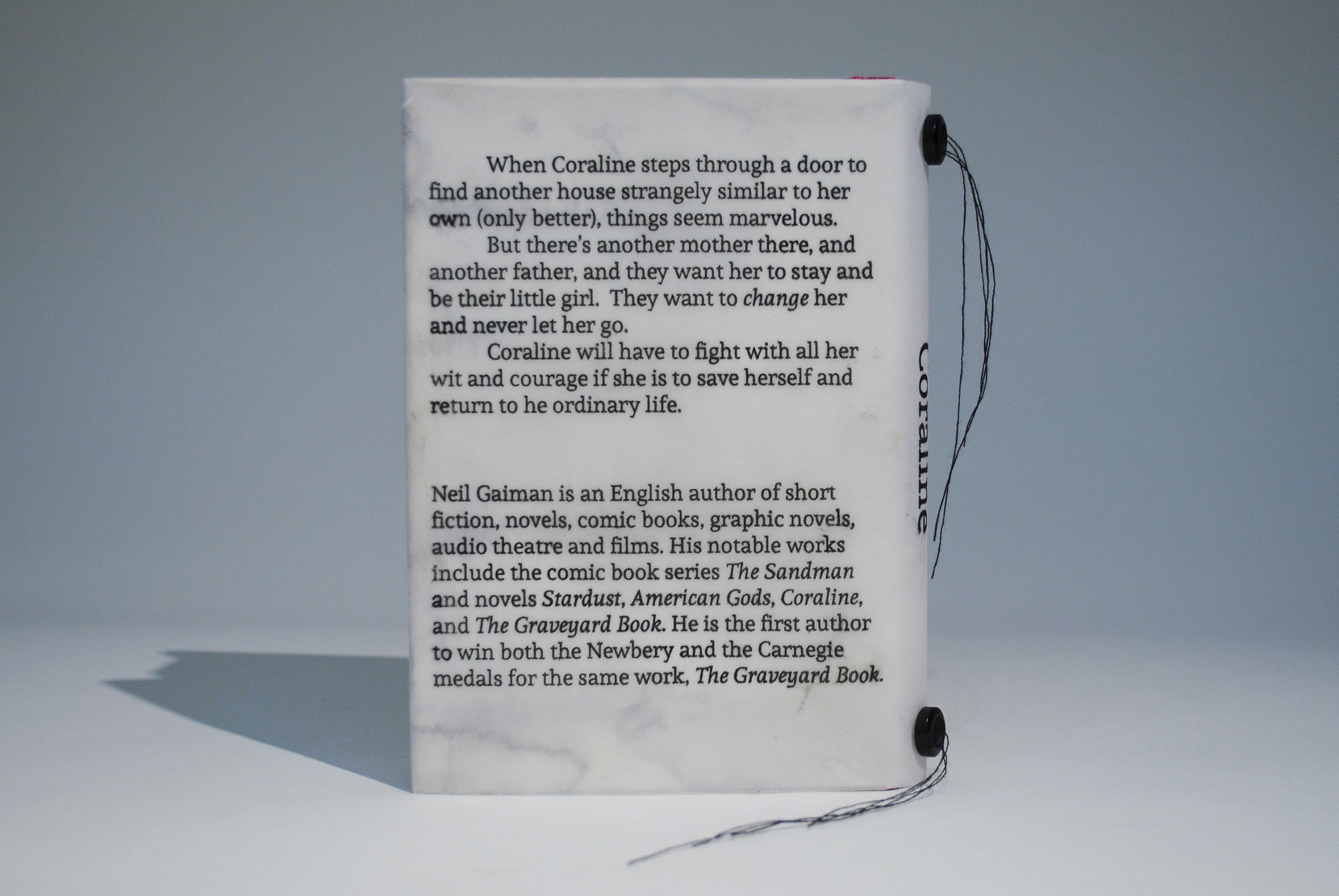 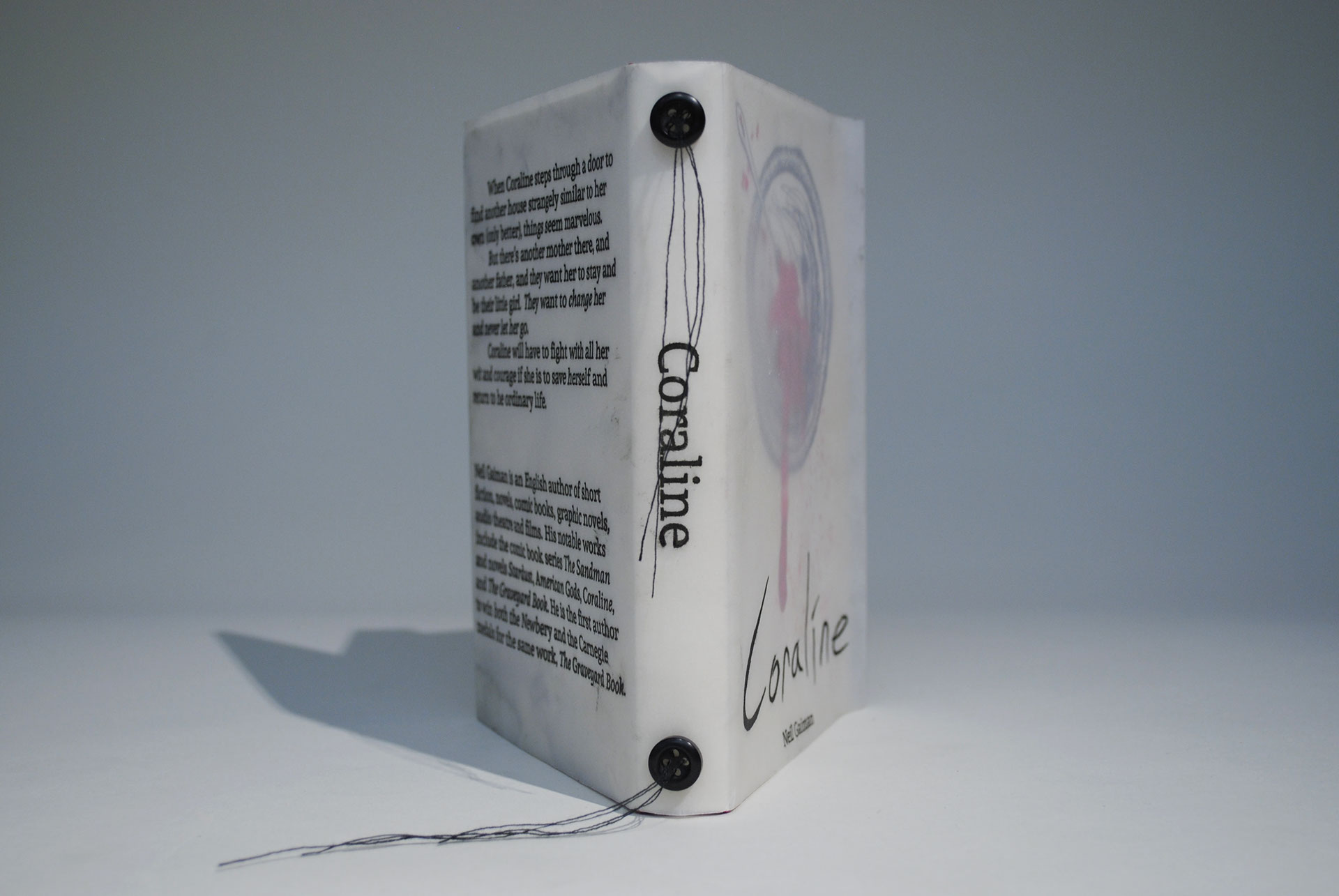 Next up is a poster for Caroline’s favorite show, “The Mighty Boosh.”

“It is an absurd, vibrant, dark comedy and I tried to convey that in this poster,” she described in her portfolio. 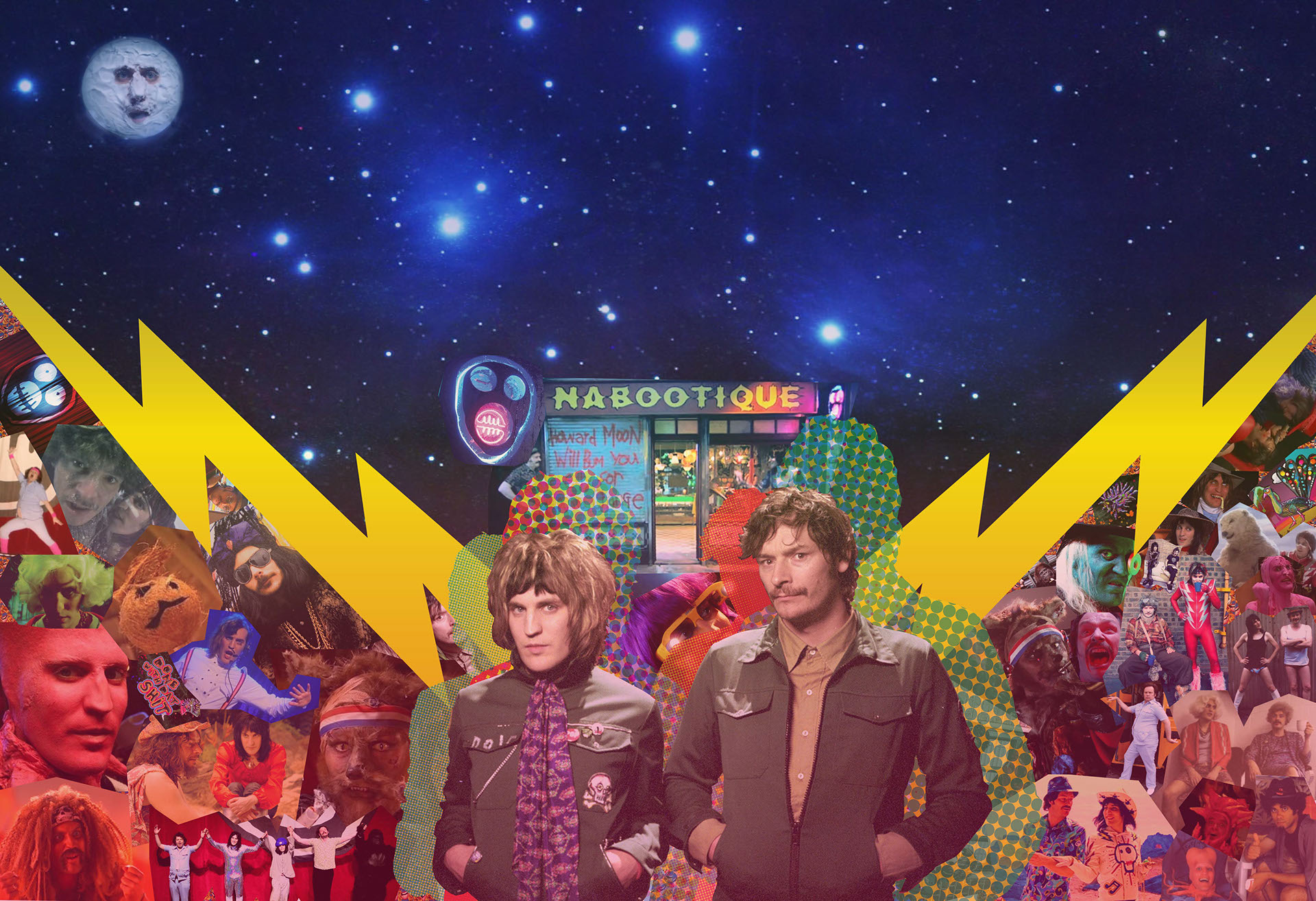 Much like that eBook she mentioned earlier, this next piece is the result of a “quickfire project,” where she had limited time to complete the assignment. It’s a minimalist movie poster for “Wristcutters: A Love Story,” which is a top flick by Caroline’s standards. 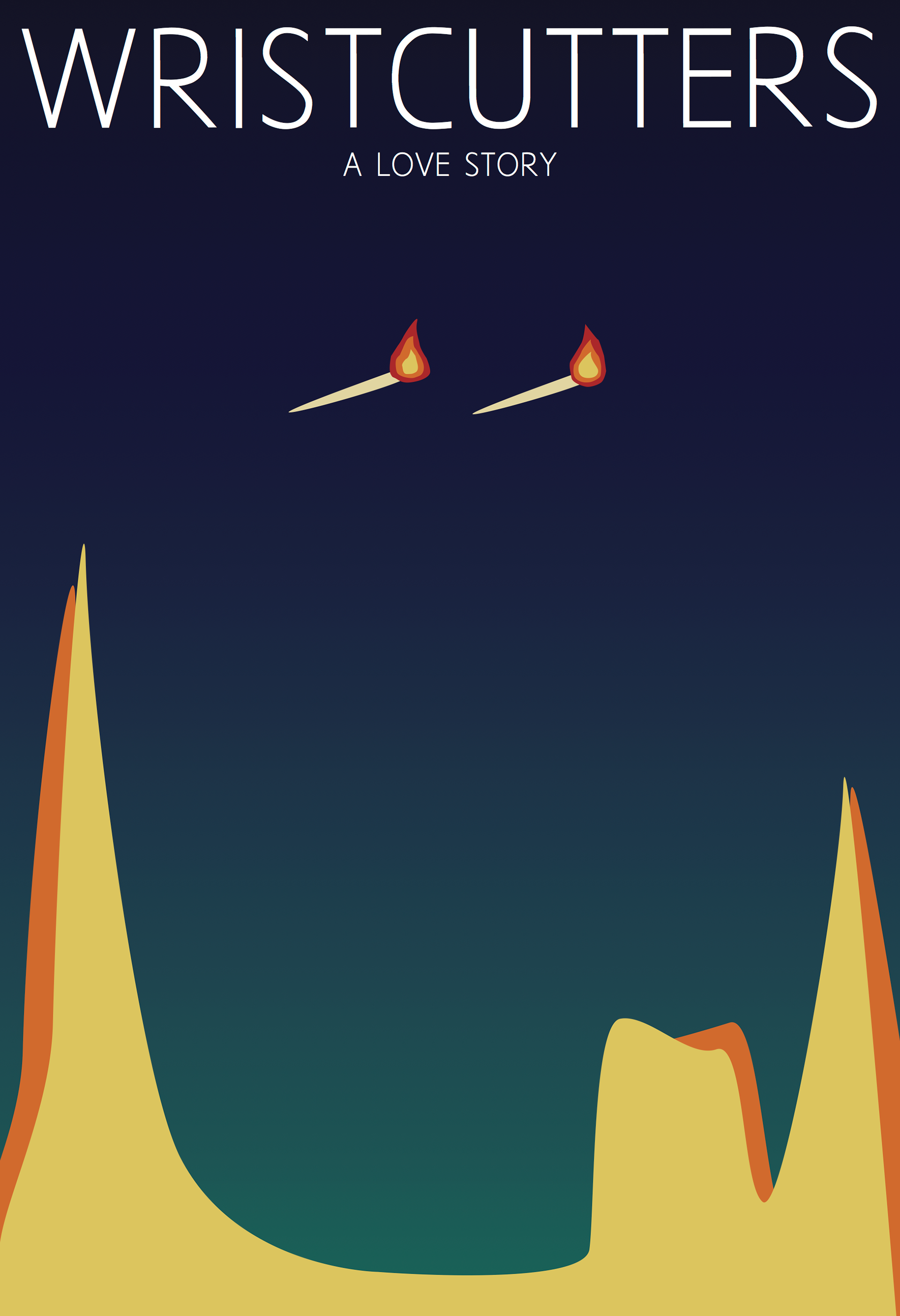 You can check out more of Caroline’s work on her website and Behance profile.

“[Brafton is] a much more distilled design experience than other places I have worked.”

For those looking to fill similar design shoes in the future, Caroline has a few words of wisdom.

“Go in and get your hands dirty as much as you can,” she said.

Especially in the fast-paced environment of an agency, designers can’t afford to stare at an empty page for hours.

“It’s okay to start somewhere bad as long as you get to good design,” Caroline said.

“While I worked at Eataly, I studied Italian because I very much wanted to know what everybody was yelling about,” Carlone explained.

“It’s okay to start somewhere bad as long as you get to good design.”

After her Eataly days, Caroline started learning Japanese. Since meeting her boyfriend, who’s originally from China, she’s taken up Mandarin.

“I’m always amazed by how different [languages] are and how they take completely different approaches to arranging information,” she said.

As I write this piece, Caroline is on a well-deserved jaunt to Paris, likely to come back with both fresh eyes for design and some French skills to add to her repertoire of languages. 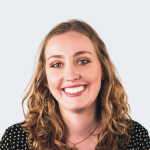